The Peoples Democratic Party (PDP) and its governorship candidate in Kaduna State, Isah Ashru, will today ask the Kaduna State Elections Petition Tribunal to cancel a total 515,951 votes, which it contended were unlawfully added to the total votes cast during the March 9 poll.

The tribunal has fixed August 19 for adoption of final written addresses by counsel in the governorship election case.

A certified copy of the document to be adopted by the PDP was obtained by the News Agency of Nigeria (NAN) yesterday in Kaduna.

In the document, the PDP is asking the tribunal to declare Ashiru as the validly elected governor of the state by majority of lawful votes.

The petitioners had called 135 witnesses out of the 685 they assembled to prove massive rigging, ballot stuffing and other irregularities during the poll as contained in their petition.

In their final written addresses, the petitioners alleged that the Independent National Electoral Commission (INEC) had added 391,741 votes to Nasiru El-Rufai of APC and a total of 124,210 unlawful votes to the PDP through wrong or double entry on the result sheets.

The PDP and its candidate contended that declaring El-Rufai winner by INEC was illegal as he did not score majority of lawful votes.

The counsel further argued that after the deduction of the alleged unlawful votes, Ashiru will be left with 689,958 lawful votes, while El-Rufai will have 653,686 votes.

The petitioners averred that evidence of their witnesses has demonstrated that there were “improper entries in the polling units results, wrongful collation of entries in the ward collation results, including unstamped and un-authenticated votes and void or invalid votes were credited to the parties”.

They further argued that a total of 4, 235 votes were wrongfully credited to El-Rufai on form EC8A while 256 votes were also wrongfully entered for Ashiru.

In another polling unit 45,478 votes arising from unstamped result sheets were unlawfully credited to El-Rufai, while 9,655 votes were equally credited to their candidate.

Also 6,840 unlawful votes arising from improper collation figures were entered for El-Rufai while 1,098 votes were credited to Ashiru.

“Some 391,188 void and unlawful votes were also credited to El-Rufai while 113,001 votes were equally credited to the PDP in other polling units in the state,” the petitioners argued.

The party also submitted that it had produced enough material evidence of substantial irregularities to enable the tribunal declare its candidate winner of the March 9 governorship election in Kaduna State.

The PDP cited several authorities in the written address, alleging that INEC, El-Rufai and the APC did not demonstrate the required evidence to counter the relevant materials as well as oral and documentary evidence by their witnesses.

The tribunal, chaired by Justice Ibrahim Bako is expected to receive the final written addresses of the parties in the petition beginning from today. 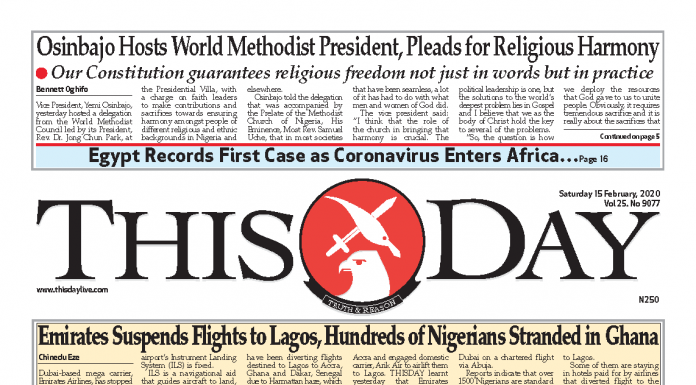