*Calls for release of Sowore, other activists

By Martin Ifijeh and Ayodeji Akea

Lagos Lawyer, Femi Falana, has protested the arrest of participants and the sealing off of the venue for a symposium organised by the Coalition for Revolution (CORE) in Lagos Monday.

He also called for the release of the Presidential Candidate of the African Alliance Congress (AAC), Omoyele Sowole, who was arrested by the Department of Security Services (DSS) on August 5, noting that using the word revolution to champion protests does not amount to treason.

The symposium, which organisers described as a working consultative assembly of activists and organisations against illegal detention of Nigerians by the federal government, however held after the initial hiccups following intervention by the state Commissioner of Police, Zubairu Muazu.

He said the actions of the Nigerian Police in disrupting the symposium amount to illegality, as citizens have the right to peaceful protest, and that it was the role of security agencies to provide protection for participants.

Falana, in his speech said: “I can assure you that we are going to hold the programme peacefully. Since the Nigeria Police Force is around, then they should provide security. We have the right to discuss the affairs of the country without violence and I can assure of that.

“The law in Nigeria is that the NPF has a duty as officers to protect us when we want to have a rally or a political meeting so that no other person prevents us from achieving our aim of peaceful assembly. Because the right to meet is guaranteed in section 39 of the Nigerian constitution and then section 40 gives us the right to assemble and discuss the affairs of our country.

“The amended code of the police says that when there is a protest, the police should be neutral. It should not take side with the government nor with protesters.”

Falana said the initial disruption by the police reminded him of the dark days of Sani Abacha where protesters were disrupted, adding that he knew many participants may have turned back. “I was informed that about three people have been arrested this morning and I will make sure I go for their unconditional release.

“Those who went to the streets to protest against injustice can’t be charged for breaching any law. It may interest you to know that even under the colonial regime, Nigerians fought and defended their rights,” he said.

On the arrest of Sowore, he said there was no section of the Nigerian constitution that criminalises the word revolution, adding that the DSS’s claim of investigating him has no place in law.

He said: “It can only be criminal if you actualise the use of the word. The man was arrested before the demonstration. When we get to that bridge, we will cross it. The word revolution had been used in the past, even during the era.”

He enjoined the participant to imbibe the culture of persistence and endurance as the key to revolution.

“The course for revolution is not new. Political leaders in this country have been calling for revolution, so if there is a mistake now, that mistake must be corrected. As far as I am concerned, this country belongs to all of us. They said we shouldn’t go on the streets, and now, we are trying to gather in a hall, yet they won’t allow us.

“Revolution is not a dinner party, it is a rigorous contest for the sole of the country. The struggle is going to take time and there is no going back. We do not have the revolution yet but there are revolution pressures. It will come sooner than we think. This country occupies a prominence place in history. If we don’t get it right today, the black nation is doomed,” he added.

On his part, an Afro musician, Seun Kuti, who was one of the guest speakers at the symposium charged participants to stand firm for positive revolution for the future generation.

He said: “Nobody in Nigeria is law abiding. I see little children crossing the road where there are no zebra crossings. What does it mean to be law abiding? Everybody is willing to break the laws for our personal interest. The matter of revolution is not about being law abiding or not, but what we want to do it collectively for our unborn children.

“Revolution Now for me is meant to be freedom, because revolutionary action is meant to be a reflective action. We must all go inside out communities. Revolutionary work is not about saving somebody but ourselves. In whatever decisions that have been made, we have the right to come under any banner to protest without being arrested,” he said. 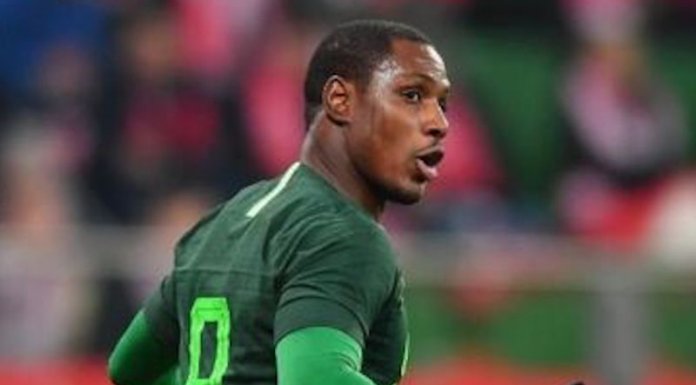