Chinedu Eze
If the bill is passed by the National Assembly before the end of this year, the Accident Investigation Bureau (AIB), a body responsible for the investigation of air accidents in Nigeria, will become a multi-modal agency empowered to carry out accident investigation in all means of transportation.

This means that AIB would now investigate road, rail and maritime accidents in addition to air transport and make recommendations on how to prevent future accidents.

The bill is also expected to approve the agency’s investment in research, development and expansion, as it grows into the biggest aviation accident investigation agency in Africa that is being presently consulted by many countries in the continent

Speaking during AIB symposium on aviation safety in conjunction with the US National Transportation Safety Board, (NTSB), AIB Commissioner, Akin Olateru, said the passage of the bill would make AIB one of the few organisations worldwide operating the multi-modal system in accident investigation.

According to Olateru, very soon, some of its staff would commence training on investigations of road, rail and maritime accidents, adding that the bureau would expand its scope of earnings to accommodate more equipment and manpower to support its proposed operations.

The Commissioner said the bureau has done a lot in human capacity development through training and retraining of its staff and to achieve this, it has approached several global institutions, one of which is the NTSB.

He said the United States government through NTSB and Safe Skies for Africa programme has continued to support AIB in human capacity development, adding that through this support, the bureau has been able to attract several countries such as South Africa, Saudi Arabia and Gabon to commence plans to sign Memorandum of Understanding, (MOU) with AIB.
“We have signed MOU with France, Republic of Benin and Sao Tome and Principe, and in the next one month, we will be signing an agreement with Saudi Arabia.

“Before a country will want to sign MOU with you, they must have seen there is something different about you. Infrastructure and equipment, human capital, systems processes and procedures are elements we have built on to attract these partnerships.

“In terms of equipment worldwide, AIB is rated amongst the top 10 in the world. In just two and half years, AIB has released 58 per cent of the total number of accident reports released since 12 years the bureau was established. Today, we are influencing safety. We have brought in African nations to join us in aviation safety programme in conjunction with Safe Skies for Africa and NTSB,” Olateru said.

The commissioner who expressed his regret that going forward, the US would no longer sponsor the Safe Skies for Africa programme, called on African countries to work together to strengthen the aviation sector in Africa.

The Executive Chairman, Airline Operators of Nigeria, (AON), Nogie Meggison, who also spoke at the event commended the AIB for its achievements. 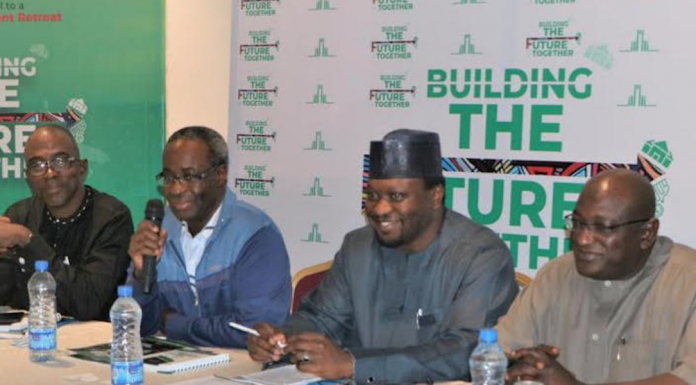