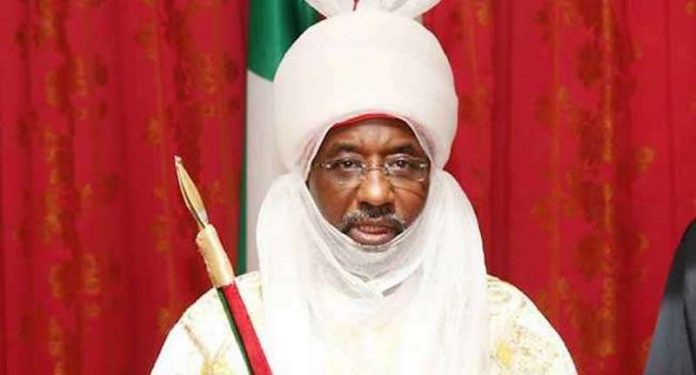 Those who treat the saying that hell hath no fury like a woman scorned as gospel have not had the misfortune to encounter the average chief executive of a Nigerian state on a bad day. Those who do would rather take their chances with the twelve labours of Hercules than face off in an extended battle against executive might.

Perhaps, the Emir of Kano, HRH Muhammadu Sanusi II got the memo a bit too late. Perhaps he banked on the historical prestige of his vaunted seat. That was until he met his match in the current governor of the state, Abdullahi Umar Ganduje. The governor of Kano is a specialist at collecting his pound of flesh from perceived slighters and enemies, and it is the turn of the head of the Kano Emirate to feel the knife closing on his supple skin.

Ever since the Emir and the governor parted ways over the former’s alleged stance against the latter’s reelection, it has been tribulations galore for the former head of the Central Bank of Nigeria who now sits atop the foremost traditional institution in the ancient city of Kano. Playing a long game of chess designed to box his opponent into a corner, the governor has been slowly and steadily clipping the Emir’s influence, both in his Emirate and within the state’s political structure at large.

It is no longer news that the state government recently carved out four new emirates out of the Kano Emirate, leaving Sanusi to preside over a little chunk of his former ceremonial territory. Even though the embattled monarch has secured an injunction from a court for both parties to maintain the status quo, the state government insists the decision had already been passed into law before the court gave the injunction.

Those who thought the Sallah celebrations this past week would give both warring sides a platform to call a ceasefire got the shock of their lives as the state government ordered district heads across the state to attend the Sallah Durbar at their respective Emirates. This went against the previous custom where they all converged on the palace of Muhammadu Sanusi II for the annual religious event.

The move, according to sources, was designed to further trim Sanusi’s influence into nothingness. The governor is seemingly hell bent on undermining the Emir’s authority to the point where both the person and the seat become pale initiations of their former glories. With the legal avenue not yielding immediate fruits and the political road closed as a route for a counterattack, Emir Sanusi will have to dig deep into his bag of tricks to escape the governor’s clutches.