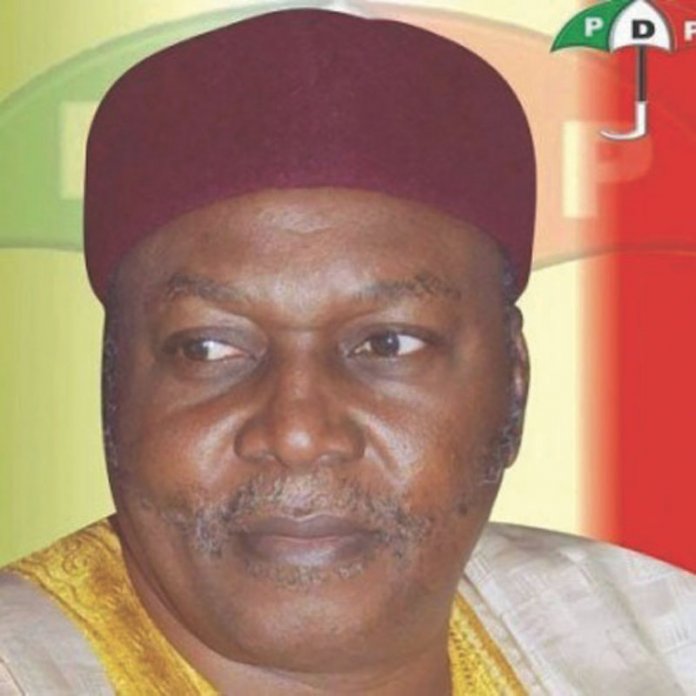 What’s the essence of comradeship? Why on earth would soldiers want to kill policemen while performing their lawful duties? Why is the concept of esprit de corps (ie: “a feeling of pride and mutual loyalty shared by the members of a group”) observed more in violent disdain on our shores, than cherished? So many questions have plagued the heart of a grieving country.

The recent blatant murders of three Nigerian police operatives (and a civilian) near Ibi in Taraba State shook the nation with its primitive callousness. The initial glib reaction of the Army authorities stoked the fire of outrage when they claimed it was an act of “mistaken identity”! Many recalled the numerous devastating actions of military men on civic duty that had been notoriously ascribed to “unknown soldiers” or accidental discharges.

The Taraba “blow-out” was perhaps more galling because the members of a crack team of the multi-honoured Intelligence Response Team, IRT, domiciled in the office of the Inspector General of Police, had apparently towed official policing protocols in their pursuit of an alleged notorious kidnapper, Hamisu “Wadume” Bala. By the way, this fleeing Hamisu was rumoured to have been an aspirant in the last State Assembly election cycle on the platform of Young Democratic Party, YDP. However, this has been dismissed as fallacy by the political party, claiming “we have no record of his membership whatsoever”.

The police hierarchy, commendably, resisted the bewilderingly careless military response, and let loose a barrage of posers, demanding for the whereabouts of the so-called victim that was “rescued” from the slain police officers, apart from providing details of the meticulous actions and heroism of their slain colleagues.

A gruesomely vivid video which went viral on social media networks added sauce to this unpalatable dish of man’s inhumanity. We therefore must commend the rigorous defence of its men’s professional conduct by the police hierarchy, and its stout outrage at the bestial and mindless killings.

While actions have been taken to identify and prosecute perpetrators of this heinous crime, it is expedient for the Presidency to urgently convene a summit of the leadership of the two forces for inquiry, rapprochement and restitution. And thus create some sort of interagency frameworks which will also involve other relevant services, such that “esprit de corps” is not only restored and elevated to a premium, going forward, but that investigative and prosecutorial protocols are fine-tuned such that undesirable and disreputable personnel are summarily dealt with, to avoid a repeat of the Wednesday, August 7 tragedy. While at it, let the Army pay heavily financial compensation to the families of the dead – that is where the restitution kicks off.

It is also instructive that soldiers are more or less removed from setting camps against internal aggression and crimes (kidnapping, smuggling, armed robberies, cattle rustling, border disputes, riots, etc), that can easily bring them in conflict with civilians, police and paramilitary personnel. The less visible and active soldiers are outside the theatres of widespread violent activities, like insurrection, insurgency and warfare, the more peaceful and stable the status of the nation.

Brisk Manual On Reporting Terrorism
One of the best writings on the roles and responsibilities of Journalists is captured in a new book by Nigeria’s leading best media practice advocate, former journalist and director of International Press Centre, Nigeria, Lanre Arogundade. In the introduction to a chapter, “The Conflict-Sensitive Reporting Professional Responsibility”, he remarks thus: “Diversity and the attendant conflicts embedded in (it) are dominant features of the socio-economic, political, as well as, communal interactions in pluralistic societies. Therefore, the media as the watchdog of the society is required to be “sensitive” (ie aware of, and accord necessary careful attention) to these diversities and conflicts without prejudice to the avowed ethical standard of fairness and objectivity of journalism. In essence, conflict-sensitive reporting is not about finding the truth of conflicts, but reporting them in such a way that further conflicts… are not created…”

In identifying the peculiar roles of the media within the context of our discourse, we will take liberties in suggesting and enjoining media workers to conduct themselves in line with established frameworks of journalistic practices and received conventions. In this light, Arogundade’s manual for good journalism in the reporting of conflicts (though his sights are set on electoral contestation) will serve us well, to an extent, as grundnum of what should be the roles of the media, as the sub-continent battles with terrorism and its attendant complications.

Fundamental to effective and professional undertaking in the coverage of terrorism is capacity building (training and re-training) to acquire knowledge and understanding of the demands of conflict-sensitive reporting. Issues arising from ongoing and escalating violent conflicts may include undercurrents of religion, culture, ideology-related issues that require specialised skills, sensitivity and respect for sensibilities and idiosyncrasies of parties and actors.

It will do the journalist a world of good if two imperatives are held as sacrosanct: one, no story is worth your injury, and certainly, no story is worth dying for, literally. Two, truth is usually the first casualty in a conflict – don’t look for the dead amongst the living Other variables that the media must be prepared to hug may include the following:

In reporting terrorism, do not sex up (or romanticise) bestiality, bloodshed or notoriety;

Update yourself on contending issues in conflict and pay close attention to professional ethics in interpreting these contentions;
Drag your reports to accommodate all sides, not just two, and avoid subtle injection of personal opinions or conclusions;
Ensure your focus is on the narratives of the conflicts, not dwelling on details and hues of violence and ghastly spectacle;
Be wary of profiling principals of terrorism in ways that elevate their criminality, and frame them as heroes or some modern-day Robbin Hoods!

If you must report from the war-fronts, remember our two imperatives, then work out personal safety measures, keep open channels of communication always, be accountable, and maintain a cordial relationship with official coordinators of the theater of war
It is useful to exploit local knowledge within the axis of operations, and engage professional experts in expanding the perspectives, and deconstructing complexities in your reports

Be socially responsible, and restrain from sensational headline casting, and stories skewed alarmingly to aggravate conflict.
Even if your media company has been marked as parochial or partisan, the journalist must ensure that he is seen to be fair and above board.
Keep track of early warning signs, and activate exit plans promptly, without hesitation.

Finally, let us travel in time to 2005 and unearth the gems of admonishments handed operators of European mass media and their governments, by the Parliamentary Assembly of Council of Europe:
“The Assembly invites media professionals to:

i. develop through their professional organisations a code of conduct for journalists, photographers and editors dealing with terrorist acts and threats, in order to keep the public informed without contributing unduly to the impact of terrorism;

ii. organise training courses for media professionals aimed at increasing awareness of the sensitive nature of media reports on terrorism;

iii. co-operate between themselves, for instance through their professional organisations, in order to avoid a race for sensational news and images which plays into the hands of terrorists;

iv. avoid contributing to the aims of terrorists by adding to the feeling of public fear which terrorist acts can create or by offering terrorists a platform of high publicity;

v. refrain from disseminating shocking pictures or images of terrorist acts which violate the privacy and human dignity of victims or contribute to the terrorising effect of such acts on the public as well as on the victims and their families;
vi. avoid aggravating through their news and comments the societal tensions underlying terrorism, and in particular to refrain from disseminating hate speech.”

Indeed, the hallmark of a good journalist is the capacity to stay above observable conflicts despite his natural inclinations, biases and opinions on any conflict.
I rest my case.