He admitted him to bail for N20million with one surety in like sum.

The surety must be resident in Lagos and must produce evidence of means through an affidavit, the judge ruled.

Babalele was also directed to deposit his passport, which has been with the prosecution, with the court.

While the judge ordered Babalele to be remanded in EFCC’s custody pending when he meets his bail conditions, he released Giwa-Osagie brothers to their counsel, Ahmed Raji (SAN) and Norrison Quakers (SAN) for 14 days, pending the perfection of the bail terms.

The Economic and Financial Crimes Commission (EFCC) had arraigned the trio on Wednesday.

The all pleaded not guilty.

While arguing Babalele’s bail application, his counsel, Chief Mike Ozhekome (SAN), had told the court that his client has been a faithful and decent Nigerian who believes that the Administration of Criminal Justice Act (ACJA) and constituted authorities should be respected.

“He is not the kind of person that will jump bail and abscond from justice. If he didn’t do that with EFCC, why will he now dare now that he is before a court of law?

“This is a matter of discretion, one that should be exercised judiciously. Discussing whether he is guilty or not is premature at this stage but if you look at the proof of evidence filed by the EFCC, my client has said he paid N50 million to Bashir Mohammed to send to the Obasanjo Library for intellectual development and that he never handled dollars.

“If Bashir Mohammed in his wisdom changed it to dollars it means the wrong person is in the dock. The transaction my client did was a bank transfer. It does not lie with the prosecution to say they are still investigating. It is assumed that you have finished your investigation the moment you charge an accused to court.”

In response, Usman Buhari, representing the EFCC, told the court that bail is not the right of the defendant but at the discretion of the court.

Babalele was arraigned Wednesday by the EFCC on a two-count charge of money laundering of $140,000, an offence he reportedly committed in February.

The EFCC, which first arrested the suspect in February, said it suspected the cash was for vote buying and had placed him on administrative bail while investigations continued.

He was, however, rearrested on August 9 prior to his arraignment yesterday.

The offences are said to be contrary to Section 18(c) of the Money Laundering (Prohibition) Act, 2011 as amended and punishable under Section 16(2)(b) of the same Act. 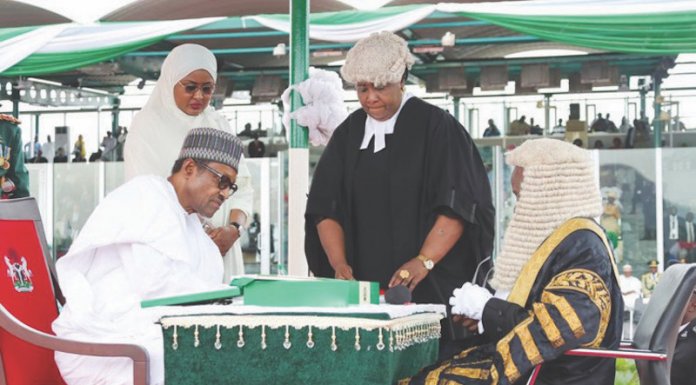 POLITICS OF COVID-19 AND MANDATORY VACCINATION