Candidate of the Peoples Democratic Party (PDP) in the February 23 presidential election, Atiku Abubakar, and his party, PDP, said they had proved that President Muhammadu Buhari did not possess minimum academic qualification of a secondary school certifcate to contest for the Office of President of Nigeria.

INEC had declared Buhari and his party, All Progressives Congress (APC), winner of the February 23 presidential election having won majority of the lawful votes cast at the polls.

But Atiku and PDP had continued to insist that they and not Buhari won the presidential election of February 23.

Atiku and PDP in their petition filed at the Presidential Election Petition Tribunal on March 18 alleged electoral Irregularities perpetuated by the Independent National Electoral Commission (INEC) in support of Buhari, APC and agents of the Federal Government including the military.

The tribunal had on August 1, adjourned till August 21 for adoption of final addresses by parties shortly after the respondents closed their defence against the petition of Atiku and PDP.

However, the petitioners in their final address filed on August 14, through their lead counsel, Dr Levy Uzoukwu SAN, are asking the tribunal to nullify the election of President Buhari since they have been able to adduce evidence to the fact that Buhari was not qualified to have contested the presidential election in the first place.

Besides, the petitioners in their final address to the tribunal insisted that they have proved all allegations contained in their petition against the conduct of the February 23 presidential election by the Independent National Electoral Commission (INEC).

According to them, five major issues for determination by the five member Presidential Election Petition Tribunal, headed by Justice Mohammed Garba include; Whether Buhari at the time of the election was not qualified to contest the election.

“Whether Buhari submitted to INEC affidavit containing false information of fundamental nature in aid of his qualification for the said election.

“Whether from the pleadings and evidence led it was established that Buhari was duly elected by majority of lawful votes cast at the election.

“Whether the presidential election conducted by INEC on February 23 was invalid by reason of corrupt practices, and

“Whether the presidential election conducted by INEC on February 23 was invalid by reason of non-compliance with the Electoral Act, 2010 as amended, the Electoral Guidelines 2019 and manuals issued for the conduct of the election.

In their 43 page final address, Atiku and PDP claimed to have established the fact that Buhari did not possess the requisite academic qualification for the position of President of Nigeria.

The petitioners argued that even Buhari’s own witnesses under cross examination admitted to the fact that Buhari did not possess a school certifcate, being the basic requirements for contesting for the office of the president.

“Equally futile is his attempt to prove that he can speak and write in the English language. That is all irrelevant to his inability to produce his primary school certifcate, secondary school certifcate or WASC and his Officer Cadet qualification, whatever that means. Officer Cadet is not a qualification or certifcate under the Constitution and Electoral Act; nor is it known to any law.

On the purported Cambridge University certifcate tendered by Buhari before the tribunal, the petitioners asked why, “it was easier for Buhari to go all the way to Cambridge in the United Kingdom to obtain a bogus documents that his own witnesses said was not a certificate, instead of just driving down the street in Abuja to the Army Headquarters or placing a phone call to the Secretary of the Military Board in Abuja to hurry over with his certifcate or certifcates”

“One listed 8 subjects that the candidate therein mentioned one ‘Mohamed Buhari’ allegedly sat for, the other 6 subjects, both documents are therefore unreliable as both cannot be correct. The contradiction must count against the 2nd respondent”.

Another false claim by Buhari, according to the petitioners is that he attended, “Elementary School, Daura and Mai Aduwa 1948-52”. Elementary School Daura is totally different from Mai Aduwa, their locations are totally different. He also claimed he entered Middle School Katsina in 1953, however, the petitioners submitted that by 1953, the Middle School system had been abolished in the northern region of Nigeria.

On the claim that his certifcates were with the military, the petitioners submitted that Buhari failed woefully to prove the claim, “rather the petitioners’ evidence to the contrary was not contested nor challenged. It is also the case of the petitioners that they have successfully proved that the Nigerian Army had denied being in possession of Buhari’s alleged certifcates.

“One of the strongest evidence on the issue was given by the second respondent’s own witness, RW1, General Paul Tafa, (Rtd), who under cross examination by the 1st respondent (INEC), told the court firmly and unequivocally that the Army did not collect the certifcates of military Officers and added, ‘there was no such thing”.

On the issue of rigging and non compliance with the Electoral Act, the petitioners said with the plethora of evidence tendered and witnesses called they have been able to show to the tribunal that Buhari’s election was invalid.

They added that analysis of results from 11 states showed how INEC in connivance with Buhari and the All Progressives Congress (APC) wrongly and unlawfully credited Buhari with votes not valid or lawful.

According to them documents tendered before the tribunal showed huge discrepancies between collated results as contained in the tendered Certified True Copies of forms EC8A and polling units.

They further alleged that a total of 2, 906,384 votes were cancelled across the country, while 2, 698,773 Nigerians were disenfranchised.

They said the two figures when added exceeded the 3, 928,869 differential between the votes as stated in INEC form EC8E.

In addition they said they had led evidence to show that INEC violated its own regulations and guidelines with respect to mandatory use of the smart card reader in the process of accreditation which according to them occasioned over voting thereby rendering the election null and void.

They therefore prayed the tribunal to grant all the reliefs sought for in their petition. 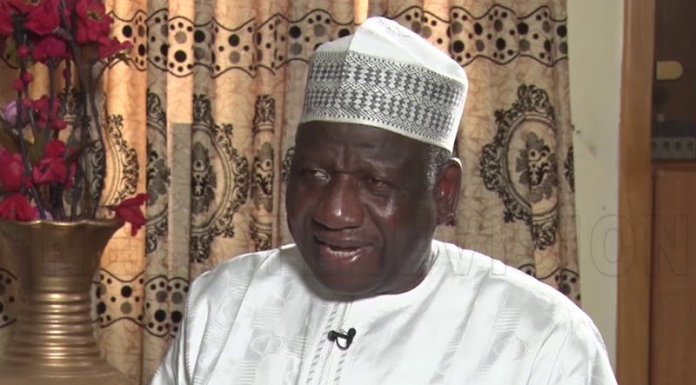