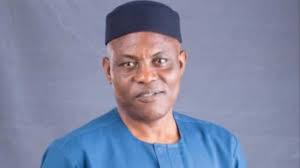 The Managing Director of Peace Mass Transit (PMT) Limited, Dr. Maduka Onyishi, has disclosed that he returned the sum of N2.2billion, wrongly paid into his First Bank of Nigeria account.

The cheque, according to a statement by Onyishi, was received on behalf of First Bank by the Business Manager, Commercial Banking, Mr. Kokelu Ben; and the Branch Manager, Unity Bank, Enugu Branch, Mrs. Ifeoma Eleanya.

Onyishi, who explained how he discovered the huge sum in his First Bank account, said that he had requested for $3million from the Central Bank of Nigeria (CBN), through the Unity Bank Plc, only to be paid $10 million instead, which is about N3,219,500,000, representing an excess of N2,219,500,000.”

“I said that I cannot invest this money and be gaining from another person’s money and I can’t also keep it. I can’t keep $7 million that doesn’t belong to me.

“I told my bank to pay money into my account that I wanted to take $3 million and they paid $10million instead.

“I called them and informed them that the amount they paid to me was more than the amount I requested. They told me that the $10 million was my money.”

The PMT boss said he was angry when the bank refused to acknowledge the fact that it had paid him an excess of $7million.

He said he subsequently requested for a copy of his statement of account in order to trace the origin of the payment, but the bank continued to dilly-dally.

“I was angry with them. I asked them how come I had this kind of money and I was not aware of it.

“I asked them how come they went ahead to invest my money without telling me, so that I can use my money and then I can know how much I have.

“I told them that they had failed to give me a statement of my account, even when I had demanded for it several times.

“I discovered later that the amount was even more than what we were talking about because there was another person I asked the bank to pay money to whom they even paid extra.

“I made enquiries and they told me that I should wait until when it was time for banks to do reconciliation, they will discover whether the fault was from First Bank, Central Bank or Unity Bank.

“I waited for a whole month, but no one called me.

“That’s why I said, let me invite First Bank and Union Bank and also invite journalists.

“I said let me give the money to First Bank, if they find out that the money is mine, they should return it. If it belongs to Unity Bank or CBN, give it to them.

“If it is your own, keep it. So I am giving this money to you to keep on trust.”

He called on the CBN, Unity Bank and First Bank to look into the origin of the money, warning that such leakages could come with dire consequences for any commercial institution.

The PMT boss said he had sent email to the banks to inform them of the wrong payment, but they didn’t find anything.

In his response, the business manager, commercial banking, First Bank, Kokelu Ben, described Onyishi as a man of integrity.

“When we look in into the situation, we will advise him on what happened and how to remedy this situation,” Ben said.