Former military President, General Ibrahim Badamasi Babangida, has observed that Nigeria is still facing a lot of challenges requiring Nigerians to unite to surmount the problems.

This is even as another former Head of state General Abdulsalami Abubakar has also expressed confidence that Nigeria will overcome the present security challenges facing the nation.

Generals Babangida and Abdulsalami Abubakar made the remarks in separate messages to mark this years Eid- el- Kabir festival.

General Babangida while speaking to newsmen after receiving the state acting governor Alhaji Ahmed Mohammad Ketso who paid him the traditional Sallah homage said: “We should remain strong, remain resolute because there are lots of challenges in the country” the former military president declared.

While wishing all Nigerians well, General Babangida advised that “we should work together to push this country forward” adding that, “we should continue to pray for the wellbeing of everybody in the country”.

Commenting on the killing of some policemen in Taraba state by soldiers, the former military president lauded the approach taken by the government towards getting to the root of the matter, saying they have done well.

“I am quite happy with the leadership taking action by beginning investigation to find out what happened,” General Babangida said, promising to make further comments after the completion of the investigation.

The state acting governor Alhaji Ahmed Mohammad Ketso had told the former military president that the government had collaborated with all security agencies in the state to ensure peace and security for all.

The acting governor admonished the people of the state to avoid hate speeches which are capable of eroding the peace and tranquility of the state.

Ketso expressed appreciation to the former military president for the fatherly advice he had been giving to the administration and also prayed for continued good health for him.

He was accompanied on the Sallah visit by top officials of the administration including the Secretary to the state government, Alhaji Ibrahim Ahmed Matani.

General Abdulsalami Abubakar in his message stressed the need for Nigerians to love one another irrespective of their religious beliefs and the ethnic group they belong to.

He said love and tolerance of each other would enhance the rapid development of the country.

The former military head of state also prayed for the safe return of Nigerians in the holy land. 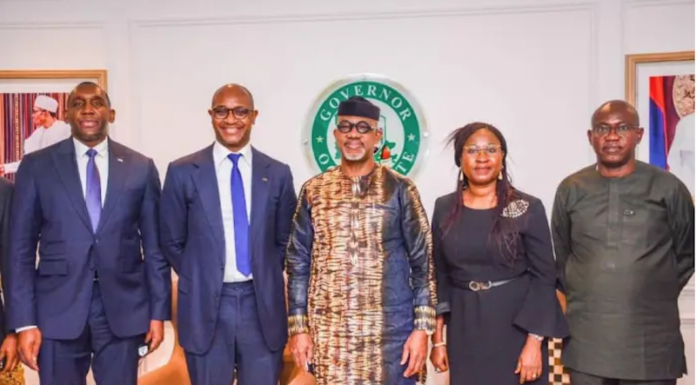