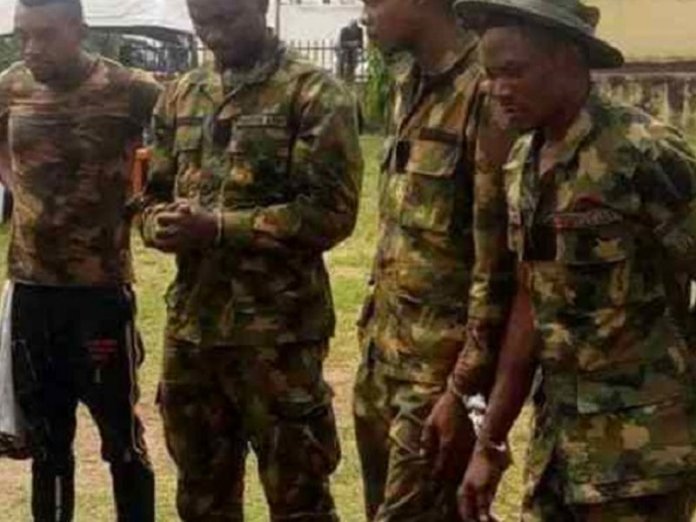 The Nigerian Army has handed over a military officer accused of raping raped a 300- Level student of Adekunle Ajasin University, Akungba Akoko (AAUA), the Ondo State Police Command has disclosed.

The Public Relations Officer of the command, Mr Femi Joseph disclosed this in a chat with THISDAY saturday, noting that the suspect would be prosecuted in line with the law of the land.

The victim, a student of Department of Religious and African Studies of the university was allegedly raped by soldiers at a military checkpoint at Ikare Akoko while returning home from school.

The student was allegedly gang-raped by the soldiers attached to the 32 Artillery Brigade of the army inside a shed at a military checkpoint on Akungba-Ikare Road.

Consequently, the state governor, Mr Oluwarotimi Akeredolu had demanded that the Nigerian Army released the suspects to face prosecution.
Joseph, however, confirmed that the suspect had been handed over to the police command, though declined the detail about the suspect.
Joseph said the man “will soon be prosecuted in line with the law of the land.”

Alhough it was earlier reported that the student was gang-raped, investigation of the army revealed that only one of the soldiers committed the offence.

A source said the suspect, identified as Lance Corporal Sunday Adelola was dismissed from the service before he was eventually handed over to the police for prosecution.

The Commander of the 32 Artillery Brigade Akure, Brig. Gen. Zakari Abubakar earlier promised to transfer the case to the police, after the alleged randy soldier should have been sacked and the investigation concluded.

At a session with journalists, Abubakar said justice would be done on the matter, saying the army “will try the suspect internally. If found guilty, the suspect’s uniform would be removed after which he would be transferred to the police for further investigation and prosecution.”

In a statement the Commissioner for Information and Orientation, Mr Donald Ojogo issued penultimate Saturday, Akeredolu asked the authorities of the Nigerian Army to hand over the suspects to the Nigeria Police.

He described the offence as callous, mindless and heart-aching act committed by soldiers whose presence should have been succour to the people, especially the vulnerable, in the face of the heightening wave of violence and insecurity in the country.

He said it should be noted that the Government of Ondo State “shall do all within its powers to fight this bizzare menace of rape and sexual abuse in the state.

“Rapists or those who wish to traverse this ignobly desecrating path will find Ondo State too hot as a refuge for such nefarious act. Government shall be firm and decisive.”

Akeredolu described the arrest of the soldiers as heart-warming, thereby commending the swiftness of the Brigade Commander who ensured the seamless apprehension of those allegedly involved.

He said the full weight of the law “must be tested in this particular case to serve as a deterrent to others who seek to undesirably, take advantage of the unprotected.”