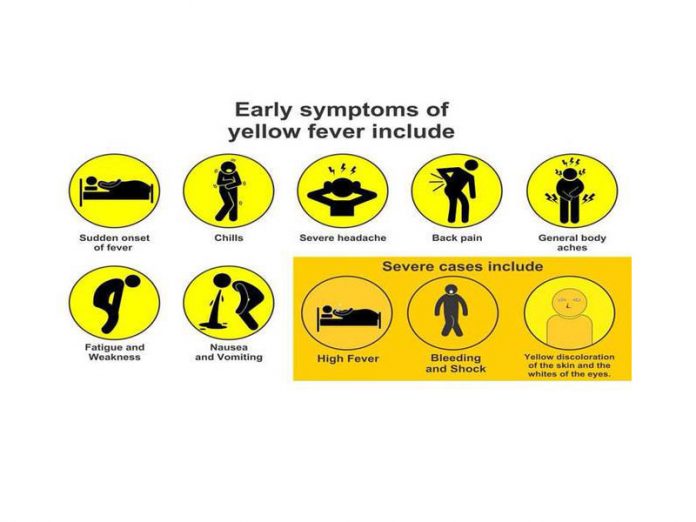 Many others are also receiving treatment at the Virology Centre and Iboko General Hospital in the state.

The virus broke out in the community since July before the information got to the state Ministry of Health which quickly moved into the area to checkmate it.

Dr. Chris Achi, Permanent Secretary, Ministry of Health in the state confirmed the outbreak yesterday to journalists in Abakaliki.

He said the Federal Ministry of Health and Nigeria Centre for Disease Control had intervened on the matter.

Achi blamed the death of the 16 persons on patronage of quacks and use of herbs to treat the outbreak.

He appealed to the people to always access health facilities located in their area.

According to him, a specie of mosquito called AEDES transmits the virus to humans and it had three to six days incubation period in human body.

“Yes that is why we appreciate the community giving early information to the authority especially when they notice that there is unusual happening. We have always insisted that people should make use of our health facilities. In every 171 political wards in Ebonyi State, we have  health centre that will serve them.

“Incidentally about 16th of July, somebody called me from one of the villages in Izzi Local Government Area that there is a way people are dying in the village that he is suspecting that something maybe wrong, but I called health workers there who said no such case came to their clinic.

“I sent our rapid response team to visit the place, lo and behold when they got there, it was a case of yellow fever and unfortunately, we have had about 16 deaths from the place. So we moved to the place, conducted case search, those who already had the symptom, we moved them to the health facility at Ndungele and when it was serious, we moved some to the general hospital at Iboko and Virology Centre here in Abakaliki.

“But the problem about the outbreak was that our people did not believe that they will go to hospital when thy experience this yellowness of the eyes, they believe that they can be treated with local herbs that’s why we recorded causalities which should not have been.

“We notified federal ministry of health and center for disease control. For the past two weeks, they have been in Ebonyi State to ensure control and they equally came with drugs and consignments.

“We are equally doing much to ensure that it does not spread to the capital city. Yellow fever is not transmitted from human to human. It can only be transmitted through Mosquito. There are forest monkeys that equally carry yellow fever virus and if mosquito bite the monkey and bite somebody in the forest it will pass the virus and if the mosquito bite another person, it will continue to transmit the virus that is the way the virus spreads. Yellow fever comes with fever, typhoid and if it is not detected  on time, it will start eating blood and the person will go into coma”, Achi explained.