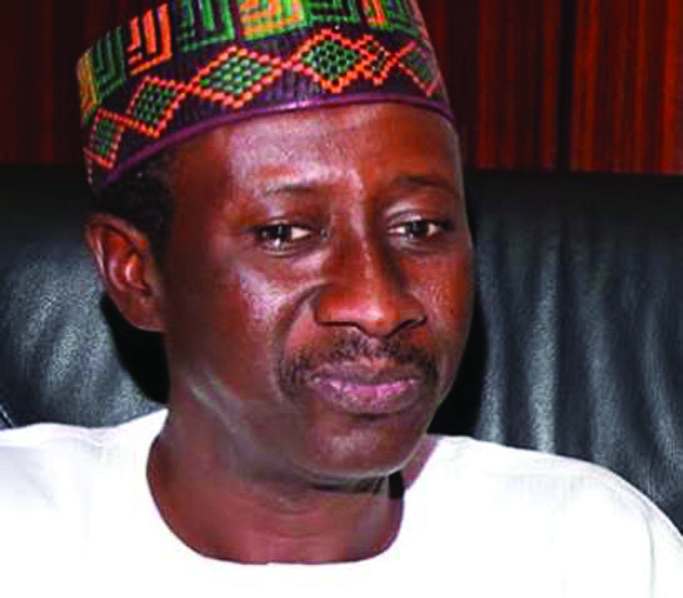 Ever since President Muhammadu Buhari’s meeting with some traditional rulers of southern extraction, during which he said there was need to change the security architecture of the country, the social media and the security and intelligence space have been awash with insinuations as to who and who are qualified or may be favoured to handle the frightening security conundrum threatening the nation. Knowing that the office of the National Security Adviser (NSA) is vital when considering that of the Service Chiefs, there is already a growing discuss on the persons jostling for the top position of NSA.

It is that time of democratic reign when appointments are made and loyalists rewarded for their unflinching supports or loyalties to the ‘powers that be’. Interestingly, some high profile names have been dropped from that list and while new ones are being adopted. Unfortunately, the past will catch up with some of them and history will be the mirror to judge if they deserve appointment as NSA in today’s political space.

President Buhari has been somewhat quiet about the re-nomination and reappointment of Monguno as NSA even though Monguno’s name, far and above, is on the lips of every discerning minds, especially within military environment.

Appointed on July 13, 2015, as the National Security Adviser in Buhari’s first term, replacing embattled Dasuki Sambo, Monguno, before his retirement in 2013, was Chief of Nigeria’s Defence Intelligence Agency (NIA) from July 2009 to 2011. His last assignment in the army was Commander, Training and Doctrine Command (TRADOC) from January to September 2013.

As NSA, Monguno witnessed the worst of terrorist battles when his village in Borno State was temporarily captured by the Boko Haram. His bravery, along with the energetic members of the Nigerian Army, within days, retook that territory in a coordinated air and ground attacks.

At a time when the fragile unity of Nigeria was on the brink, the ability of Monguno to speak major Nigerian languages fluently, including Idoma, could pass as an asset. Indeed, this asset was extensively deployed to good use as he was at home with all military chiefs, speaking their local dialects; a clear example of this asset. At the war fronts, according to impeccable sources, some of the soldiers were said to have approached Monguno, speaking their dialect and explaining challenges being faced. His understanding of Yoruba language makes even an easier communication with the Ekiti State born Chief of Defence Staff, Major General Abayomi Olonisakin. The same with Buratai, the chief of army staff, who is of northern extraction like himself.

Unlike other military chiefs, Monguno work is unseen, but it is far more important than all the military chiefs. His office as security adviser is the coordinating room between the office of the president and all security related matters in the country. These include all the military formations, purchase of all military hardware, security and safety of Nigerians both within and outside the shores of the country, curtailing smuggling within the country’s borders. The job of the office is enormous.

In one of his proactive moves to foster national security and economy, when it was discovered that fertilizer was being used to manufacture Improvised Explosive Device (IED) by terrorists, he immediately put a stop to it. Monguno said then: “It is an unpatriotic act and abuse of the goodwill of government for about 71% of the 2.05 million metric tons cumulative annual production of fertilizer to be exported to the detriment of our national economy. This has resulted in a rise in the price of urea-based fertilizers in Nigeria with obvious implications on food security in the country. In view of the foregoing, this office will not hesitate to close and withdraw the operating license of any company that exports products without first meeting local consumption. This office and the ministry will work to put in place measures to access production and determine exportable quantity by the respective companies”. That dastardly action has since been stopped by Monguno.

Monguno, more than anybody else, knows the security implications of uneducated and idle youthful hands. Perhaps that was why he was of the view that the Al-majiri system of education should be banned, a view that was widely welcomed. For him, Almajiris are becoming a huge problem to the society, adding that many of them end up becoming criminals, drug addicts and willing tools in the hands of those who have very dangerous intentions.

He often states that drivers of insecurity, which are unemployment, under-employment, poverty, drugs abuse, rising population, must be curbed. He also quickly allays the fears of those that might read negative meaning into his view.

While highlighting the dangerous trend of the Almijiri system of education, he also proffers solution. “I also made suggestions regarding the way forward which include, employment creation and reduction of poverty, and being the culture of impunity and looking at stabilizing certain areas of the country by giving rise to affordable education.  This is very important because in most parts of the country we have a lot of children roaming around without any formal education. And as the president has mentioned earlier, we need to make education compulsory and free for every child in the country because the problem we face today are rooted in the fact that a lot of people who have been denied the opportunity basically the opportunity to get formal education end up over the years, there is accumulation of large mass of human beings who end up becoming criminals, drug addicts and so on and so forth. And they end up becoming tools to be used by elements in the wider society who have very dangerous intentions.

“And therefore, it is very important to proscribe certain groups running around under the guise of maybe getting some kind of education that is not really formal. Imagine the child that was 10 years old on 27th July, 2009.  It is exactly 10 years when Boko Haram erupted; he is now 20 years old now. We are not talking of one child, there are millions of them. So, when we look at population, as an element of national security, don’t be surprised if out of every 100 Almajiri, you have two neurologists, four architects, two lawyers, and so on and so forth. You have to start thinking short and long term to overcome this problem. You require collective efforts. You can’t carry this load and drop it on top of the government, even government should not work as a one legged tripod, it has to be three legged. We have to deal with the issue of these children, Almajiri, regardless of how people feel about it. We must work in sync with the rest of international community, how many countries that operate this kind of system.”

Monguno added. “We are not saying that they (Almajiri) are going to be contained in a manner that people would think we want to do something that is harmful to them, no. What we want to do is to work with the state government to enforce the policy of education for every child.”

Without discountenancing the credibility of other speculated contenders, Monguno efforts at helping President Buhari to stabilize the country cannot go unnoticed. He might not be seen or talking on the pages of newspapers, just like Buhari, but the military, especially within its hierarchy will give a thumps up for his professionalism, understanding and detribalized nature.

The former military administrator of Lagos and current chairman, Committee on Drug Abuse, Buba Marwa (rtd) is also tipped for the NSA job. Marwa is reported to be relying on his relationship with close ally to the president to get the top job.

The current Chief of Army Staff, Lt Gen Tukur Burata, is said to be also jostling for the same office when he  exits his current office which observers say he has have overstayed.

QUOTE;  Monguno, more than anybody else, knows the security implications of uneducated and idle youthful hands. Perhaps that was why he was of the view that the Al-majiri system of education should be banned, a view that was widely welcomed. For him, Almajiris are becoming a huge problem to the society, adding that many of them end up becoming criminals, drug addicts and willing tools in the hands of those who have very dangerous intentions