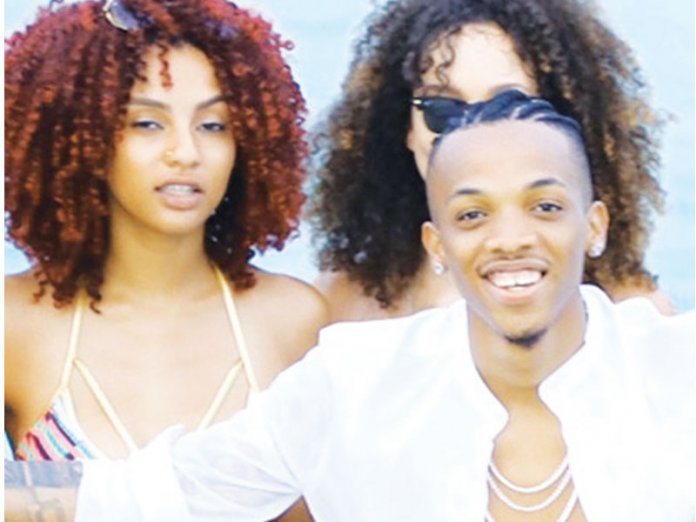 This past weekend recorded some events that ruffled some moral feathers. First, it was the racy pictures of fashion entrepreneur Toyin Lawani. As part of a promotional for her new skin care products, Lawani uploaded photos of herself, mostly in her birthday suit on her Instagram page, alongside the Gambian black beauty, Princess Shyngle. Audaciously, she defended her choice to promote her products with nudes as a marketing tool (flawless skin) to her targeted audience who yearn for similar results. The accumulated likes on the pictures so far are inching closer to 200,000.

The risque display on a mobile ad truck was visible to anyone plying the Lekki-Ikoyi link bridge that Friday night. What followed was a cacophony of gasps and sighs that reached an irksome climax when the Lagos State Signage and Advertising Agency, (LASAA), the body responsible for outdoor structures for signage and advertising, wade into the matter.

In its usual manner, the agency condemned the act and promised to bring the perpetrators of such antithetical acts to justice. It informed the public that investigation was underway to find out more about the advertising firm that allowed its truck to display such immoral acts.

In his defense, Tekno released a statement on his Instagram page, giving details of the events that led to the indecent show.

According to him, he was only using the vehicle to convey his crew to a location since some of the cars scheduled for transportation broke down.

However, by Tuesday, THISDAY Features Editor, Chiemelie Ezeobi reported that the musician born Augustine Kelechi was called in for questioning by the State Criminal Investigation and Intelligence Department (SCIID), Panti, Yaba. He was later released on administrative bail on health grounds.

A statement issued in Abuja on Tuesday by Director-General, National Council for Arts and Culture, a parastatal of the Federal Ministry of Information and Culture, Otunba Segun Runsewe, expressed government’s commitment to repositioning the true gains and pictures of the diverse cultural history of Nigeria.

“The Lekki public show negates the beauty of Nigerian culture and way of life. It is unacceptable, Jezebelistic and a sin against Nigerian culture which must be condemned, ridiculed and rejected by Nigerians from all walks of life.”

That same Saturday, the ‘shy’ Kokomaster D’banj uploaded a video of him and a lady dancing on stage of the Afronation festival that took place in Portugal. In the video, the lady was dancing to D’Prince’s 2010 hit ‘Give It to Me’ which D’banj was featured on. In the middle of the frenzied performance, the lady began twerking enthusiastically for the Kokomaster such that her short gown hitched up, exposing her butt cheeks. To the fans delight, the lady made no attempt to adjust her dress as she kept on twerking, and D’banj known as the Entertainer, kept bouncing his head off the butt cheeks. The video has been watched over 300,000 times as at the time of this report and fetched the artiste accolades from fans and friends including the ex-husband of Tiwa Savage, Tee-Billz who commented that the likes of Don Jazzy and D’banj were responsible for the world’s appreciation of Afrobeats today.

These flagrant displays of lewd images and videos by entertainers are not entirely new in our clime.

Today, the majority of music videos aired on television stations reek of women in sheer apparels that leave nothing to the imagination of the viewer. Nowadays, strip clubs where nudity reigns supreme are sprouting up all over the cities of Lagos and Abuja. The woman’s body is increasingly objectified each passing day by operators in this space.

It is common knowledge that sex sells in showbiz and Nigerian artistes are not immune to the commercial viability it brings to them. So, they produce songs that sell sex, lust, and romantic desires to their fans, sometimes to an alarming degree that usually draws the ire of the National Broadcasting Commission whose responsibility include keeping the airwaves free of obscene works of art.

Decades ago, these indecent acts were not rampant. Music videos then had some degree of decency. Even when the women rock their rear part to the rhythm of the sounds, they were protective of their inner sanctuary.

But in an era of exposition, decency is thrown out of the window. One only has to take a trip to Instagram to see the number of videos of young girls baring their holy sanctuaries for the world to see in the name of entertainment.

It is even more difficult to curtail these conducts because of the social labelling on social media. Any attempt to express your disgust or concern will certainly land you a label such as slut-shaming. What was taboo in our fathers days are now applauded and encouraged for fame.

Therefore, for the public to suddenly start crying out loud over Tekno’s unabashed display of this decadence that has eaten deep into our society reeks of hypocrisy. These images are everywhere and daunt us in our living rooms, bedrooms and workplaces. They are just a click away. If that scene was transferred to a celluloid, Tekno would probably be posting ‘thank you’ messages to fans who liked the video and perhaps, he will put up a challenge on social media that will attract an avalanche of young girls dancing indecently to win followers and likes, and there will certainly not be any brouhaha about the show of nudity.

If anything, what the Tekno saga has achieved is to show our hypocritical nature. How we take these acts for granted until it is close to our doorstep. Whether you blame it on cultural imperialism or not, the fact remains that slowly, we are losing the culture and values in our society. While the government may be ambitious to clampdown the prevalent acts, the journey to restore decency in our society is certainly going to be a long and tiring one.