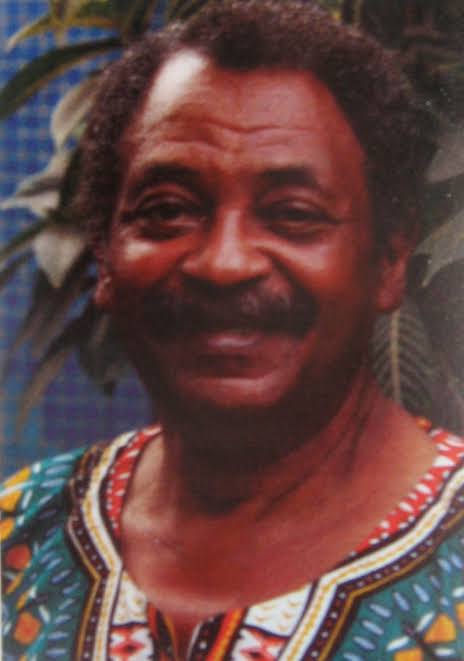 One of the leading contemporary Nigerian artists, David Herbert Dale passed away yesterday morning. According to a family source, the celebrated artist, who would have turned 72 on November 22, gave up the ghost around 4 a. m. at the Military Hospital in Yaba, Lagos. This was due to complications resulting from a protracted battle with an ailment that kept him bed-ridden for weeks.

The art community woke up to the sad news of demise, which further cast a pall of gloom over a scene that had already recorded high-profile deaths this year.

In his tribute, the founder of the Omooba Yemisi Adedoyin Shyllon Art Foundation (OYASAF), Omooba Yemisi Shyllon, described Dale as a “great and celebrated versatile artist,” who “worked under very difficult circumstances, including struggling against ill health at the later part of his life.”

Shyllon also said that the deceased worked successfully in 23 media, adding that he was “a great experimental and innovative artist, whose masterpieces can be found with reputable collectors both within and outside Nigeria.”

In its reaction, the Society of Nigerian Artists issued a statement extolling his legacy, which “is not only hinged on his technical proficiency, but also on his bold and economical line, which at once unites his diverse media by eliminating the superfluous to create a visceral connection to his audience.”

Dale earned his seat of honour among the leading lights of the contemporary Nigerian art scene through his stained-glass paintings, mosaic designs, etchings, charcoal and water colour paintings and metal sculpture, which remain prized works among aficionados. Most notable among them are his stained-glass depiction of religious themes, which adorns Our Saviour’s Church close to the Tafawa Balewa Square in Onikan, Lagos as well as his mosaic works for St. Agnes Church in the Lagos Mainland neighbourhood of Maryland, Chief Razak Okoya’s estate along Lekki Expressway and a mural for the MTN Building in Ibadan. This is in addition to other works at the State House, Marina and the Shell and the Nigerian Stock Exchange buildings.

He was born in Kano on November 22, 1947, as one of the eight children of an English father and a Nigerian mother of the Itsekiri ethnic stock. He was sent off to join his paternal aunt Johanna Ernest in Burrswood, England when he just two years old but had to return abruptly to Nigeria at 17 after the death of his father in Lagos in 1963.

He was thus compelled to complete his secondary education at the St Gregory’s College in the Obalende area of Lagos, where he was taught art by the master artist, Bruce Onobrakpeya.

He subsequently continued his education at the Ahmadu Bello University in Zaria, where he studied fine and applied arts and graduated in 1971.

During his early post-graduation years, he was part of a delegation of Nigerian artists sent by the then Federal Military Government on a six-month tour behind the then so-called “Iron Curtain” on a visit to a number of Eastern European countries.

In 1977, he was appointed the graphic consultant of the FESTAC ’77 art exhibition. He later took up an appointment that same year with the University of Lagos to teach art as it related to architecture to architecture students. This appointment ran concurrently with his studio practice and his practice at Akrel Advertising. While his teaching appointed ended in 1990, the latter ended in 1984.

In the twilight of his eventful life, Dale who has held scores of exhibitions both within and outside Nigeria – in countries like the US, the UK, the former USSR, Cuba, Japan, Sweden, Germany, France, Holland, Spain, Canada and Australia, among others – was slowed down by the debilitating effects of ill-health and old age.

A condolence register has been opened for the late artist at 6, Moore Road, Off Harvey Road in Jibowu, Yaba, Lagos.