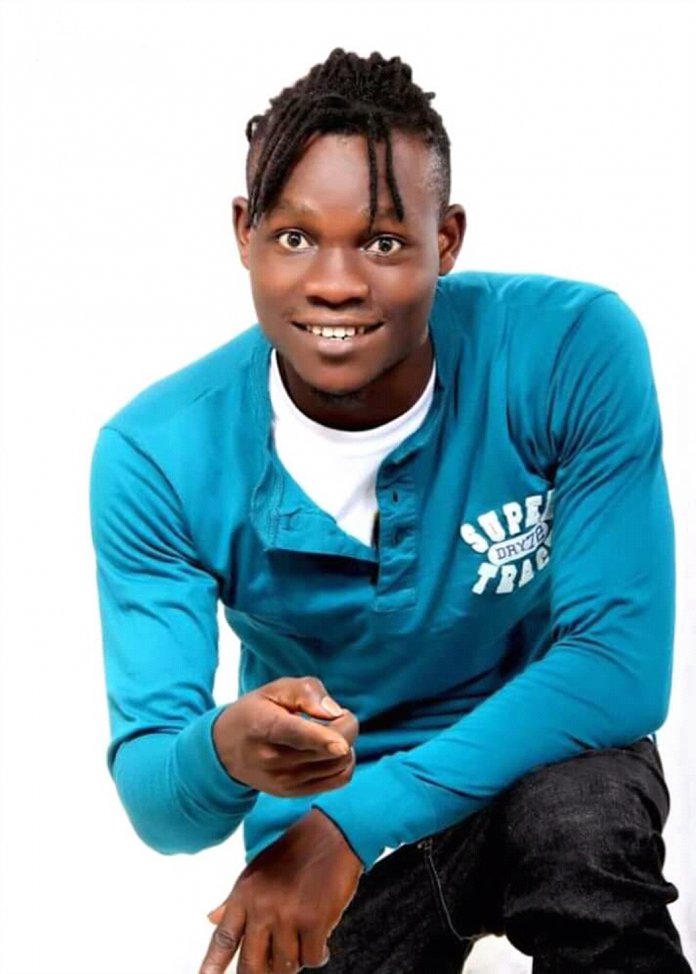 Ajegunle, a community in Lagos State is remarkable for its repertoire of musical talents. It was therefore a making of history as Kingston Records, a music company which is located in the area, officially unveiled new artiste Alex Ogbazie aka UCEE. Ferdinand Ekechukwu reports

Daddy Showkey and his ilk made ground breaking records in Ajegunle. Hence, to friends and followers of Kingston Records, a music company which has long been operating in the heart of Ajegunle, it was a making of history recently as new artiste Alex Ogbazie, who goes by the stage name UCEE, was unveiled.

As was expected, the atmosphere at Copano Bar, venue of the event, reek of companionship with chants of “Fire can’t cool”, the slogan of the label, renting the air. As the new artiste performed his Dancehall genre of music after having entertained the guests with a medley of songs in Afrobeat, highlife, pop and reggae, his charisma and stage presence could be felt by all in the hall as he well connected with the guests. The songs go by the titles Arubah, Jeje, and Prapra.

To the delight of family members and fellow label mates who turned out to show love and support following UCEE’s endorsement by the record label, it was wholesome been that he had patiently undergone the necessary grooming required of a Kingston bred artiste. “I have been with the record label for like five years and being with them for the years they enrolled us for some training such as musical instrument operation and diction,” UCEE revealed.

Most of the songs have been prepared last year with his former manager and sincerely he has been helpful to his career. “I just wish the management could bring him back,” he said. “Three artistes have already been signed in the last two years and I was patiently working with them and today I’m so glad that the management found me unique and decided to bring me on board the record label.”

UCEE noted this about the record label owner, Christopher Ogosi, popularly known as General Kito: “There’s something I love about him that he has this bold step and he never bows down.”

Kingston Records which was officially opened in 2017, is renowned for the business of nurturing grassroots talents and putting them on platforms that help showcase and push them to the frontiers of entertainment and beyond.

While speaking on the motivation to recruit and harness fresh talents, the CEO, Ogosi, said: “Why I’m training them from the grassroots is this… many of the artistes in Nigeria today, along the line, some of them just feel they have arrived and mess up having problem with the record label.

“But these ones, I’m putting them through to let them know that it’s like a company, you must be loyal and faithful to the company you serve; your company for the number of years the company signs you so we have to give you the basic training of how an artiste need to behave in society.”

On the motivation for signing his new artiste, “Number one he’s the youngest. Apart from being the youngest, his songs are good because I have listened to them; he has about 15 songs and he is good to go because he is the one that’s almost ready. We had an agreement with other artistes that he should go first; that’s why I’m doing it,” Ogosi said. “I feel great because it’s a project I have been working on for years now. I just waited for the right time to come for the contract to being signed.”

Kingston Records artistes’ manager Lucky Ofremu (aka Pupa Sheriff), a protégé to ‘Galala’ dance exponent, Daddy Showkey, also spoke about the new artiste UCEE and time spent with him so far. “One year now. And it’s been so good because working with a CEO that understands what he wants and people’s working needs is so good. UCEE, has been with us from the word go. And I like him because he’s a young man that has patience, he has believed, and he’s very good.

“He has talent. Then we believe he will go places and we are praying that God should give us the wherewithal to take him to that level he wants to be because nothing happens without God. As far as we have done this, I know the lord has already signed it and it will go far.”

Pupa Sheriff also shed light on his experience in music business and relationship with Daddy Showkey and other contemporaries. “I’m an artiste born and bred here in Ajegunle; I have been into music for over decades now. And all the while I have moved with people that are very creative like Daddy Fresh, Daddy Showkey, Baba Fryo, Cashman Davies. We were together trying to see how we can use music to change the society and run away from social vices.

“I grew up in this community knowing that if you do crime you will go to jail. But if you do something positive people will applaud you.”