President Muhammadu Buhari has approved induction retreat for ministers-designate which would  be held at the State House, Abuja from August 15th-16th, 2019.

This is coming on the heels of the Chairman, Abuja Municipal Area Council (AMAC), Hon. Abdulahi Candido, arguing that the defect in the constitution of the country and not President Muhammadu Buhari denied the original inhabitants of the Federal Capital Territory (FCT) the chance of having a representative in the Federal Executive Council.

The Secretary to the Government of the Federation (SGF), Boss Mustapha, disclosed this in a statement issued on Friday in Abuja.

According to him, “Following confirmation by the Senate, all ministers-designate are by this notice informed that relevant documents for their study and guidance, preparatory to the inauguration of the cabinet shall be available for collection at the Office of the Secretary to the Government of the Federation (Cabinet Affairs Office) from 10.00a.m. on Tuesday August 6, 2019.”

Mustapha also directed the ministers designate to submit their updated Curriculum Vitae (CV) in soft, as well as hard copies and  any valid identification document for submission at the SGF office.

He added, “Finally, I am pleased to inform you that, in view of the need to allow ministers-designate enough time to study the documents-Status Report on Policies, Programmes and Projects; the 2019-2023 Road Map, FEC Handbook, etc, and considering the upcoming Sallah break, His Excellency, Mr. President has approved an induction retreat for Ministers-Designate to be held at the State House Banquet Hall, Abuja from August 15-16, 2019.”

Candido also said that the president lost his election in the nation’s capital because the APC stakeholders were overwhelmed by the strength of the opposition, the Peoples Democratic Party (PDP).

The AMAC chairman explained that in the recent past, they had witnessed how rights and privileges advocates  had been in the news advocating in the wrong way on how FCT could get a minisiterial nominee.

He stressed that this prompted the open letter he penned to the president on Monday July 29, 2019 in Daily Trust newspaper, saying his understanding was that Nigerians should first and foremost appreciate the FCT plights.

Candido stressed that advocating for FCT ministerial nominee should not be limited to FCT indigenes alone, but rather for all residents of FCT, noting that some agitators have misplaced reasons on how to advance a course for a ministerial position.

The chairman said, “Why I have to write the letter is to say the method for achieving this must also change. We cannot continue to be confrontational, we cannot always be on the streets protesting. Sometimes even in the illicit manner, you come out indecently dressed, every part of you in the know of people, nudity, for me I felt that is uncivilised.

“We must put across civility in it. Gone are those days when I will come out in the open, in this capital city, where every event is globally captured, I come out  naked and say I’m depicting a culture, for me that is not a culture.

“And so we say we must not do it that way, let us create consciousness in the mind of our people, of Nigerians, let them understand what are the challenges that the FCT person is passing through. Why is he not getting the minister having been exiled from our normal states of Niger, Kwara, Plateau, far back in 1976. This is the only set of Nigerians that are stateless today. If you ask me where I come from, I don’t have.

“Then, did I care to let Nigerians know why am I not having a state, why is it that my child cannot get admission into the university because I don’t have a state, in the University brochure you must have a state to belong to and the FCT person does not have this place for him, it is a right not a privilege because we are citizens of this country.

“But do we approach it in a militant way, no. That we must sing a new time, let Nigerians appreciate what the those challenges that we are facing. If they do appreciate our case, they can even do the fighting for us without necessarily fighting ourselves. These are the reasons why we do not share the same acts and fashion for which some people went about asking for a minister for FCT.

“We feel cheated really because we are citizens of this country. We also want to be represented in the federal executive council but because of constitutional defect, this is not the fault of Mr. President, other president also found it difficult to give FCT a ministerial slot because of this constitutional case,” he added.

On why Buhari lost election in FCT, Candido explained; “My letter also addressed that and we came out to say that the FCT APC stakeholders must not be seen from that perspective of losing the Presidential and National Assembly elections.

“That election had a lot of hate campaigns on the person of Mr. President by Nigerians. And by Nigerians I mean a certain section of Nigerians have a different kind of perception on his person and presidency. People find it difficult to adapt to change. For Mr. President to fix Nigeria back, it must always time, Nigerians are not ready to be told such stories, so there is this hate on his person as Mr. Muhammadu Buhari, hate as in his policies because people think they are feeling hungry

“And therefore the presidential election gave us a deadly blow and nobody appreciates the effort of APC stakeholders any longer. We did everything possible to make sure that APC win that election but unfortunately we were overwhelmed by the strength of opposition and criticism,” the chairman said. 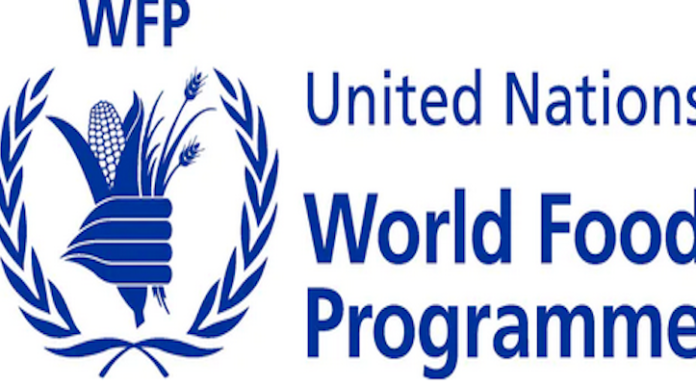