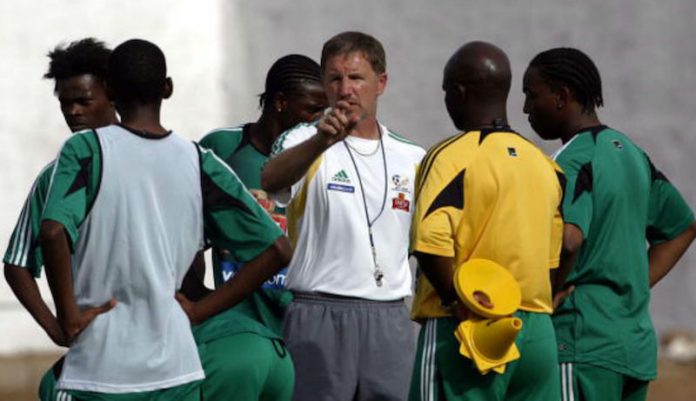 After more than two years in charge, Stuart Baxter has resigned as Bafana Bafana coach with immediate effect.

The 65-year-old confirmed his exit from the national team at a press conference in Houghton on Friday.

After hosting a hastily arranged press conference, Baxter confirmed the news most football fans had been expecting since Bafana Bafana’s elimination from the Africa Cup of Nations (Afcon) tournament in Egypt last month.

The former Kaizer Chiefs coach leaves the position having won eight of his 21 fixtures in charge.

His final game was the quarterfinal exit at the hands of Nigeria at Afcon.

Baxter also confirmed that he had received coaching offers from both within South Africa and abroad before and during the tournament but opted to continue in the role.

As for what his next step was, Baxter said that he did not know yet.