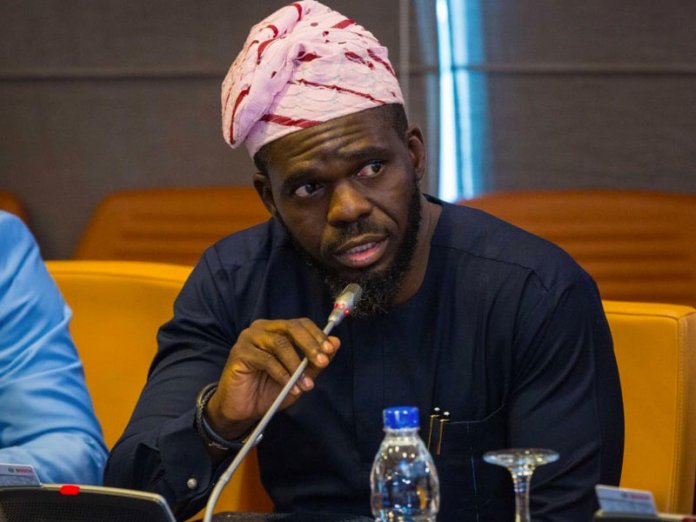 This story started in 2014, in the sleepy town of Isan Ekiti. I travelled from Lagos to help a man I really respect, earn the mandate of Ekiti people for the second time. Sadly, as the results came in, it was obvious we had failed, and around 10pm, he came out to thank us, and said he was about to call his opponent to congratulate him. I left that place almost broken, bewildered at how our people made such a choice, but also determined to contribute more in Ekiti, and prevent such madness in future.

Fast forward to 2018, alone in my hotel room, thousands of kilometers from Ekiti. I’m having a celebratory drink, excited that the error of 2014 has been rectified, albeit at a significant cost. Ekiti workers are being owed a backlog of salaries, the economy is comatose, institutions dead, the people debased; but Dr. Kayode Fayemi has just been elected Governor, for a second time. And it’s enough reason for me to be happy, because it’s time to reclaim our land.

Moving on, now I’m in Abuja, at the airport, waiting to board my flight to Lagos. Someone walks into the terminal; I see him and go over to say hello. We spoke for an hour, thanks to the usual delay on domestic flights, and when we arrive Lagos, I end up driving home with him. The discussion ends with a simple question, “Are you ready to serve Ekiti State now?” I love my job at Lagos State Employment Trust Fund (LSETF), but it’s an offer I can’t turn down; so even though I didn’t commit, deep down, I knew what my answer was. Once I got the only approval that mattered, I knew my time at LSETF was done, and started preparing for the next challenge.

Ekiti ranks as one of Nigeria’s least productive by Gross State Product and Per Capita Income; it struggles on the Doing Business ranking; has limited infrastructure to support business, despite a young and literate population. Human Capital Indicators have fallen, with the State now second on the Open Defecation Index; regressing on education performance; and struggling to achieve basic healthcare coverage. To worsen matters, the fiscal room to invest is limited, with the State carrying a debt burden that means future investments must be carefully selected, without mortgaging the future of Ekiti people.

This is the summary of the challenges faced by the new Government. But this is what also attracted me to Ekiti; because for Nigeria to work, we need to get the States working, and build economic hubs outside of Lagos, Abuja, Kano and Port Harcourt. Apart from this, I also have complete faith in Kayode Fayemi, and as with any job, the people you work with will determine how successful you are. Finally, moving to Ekiti also held a deep personal attraction for me, mainly because I was finally following in my father’s footsteps, when he first left Lagos in 1991 to set up the Law Faculty for Ondo State University (as it was then called), before going back as the University’s Vice Chancellor many years later.

This vision was designed to achieve a number of critical goals including guaranteeing peace and security; reducing poverty levels; improving the business environment and building an industrial base; developing infrastructure, especially roads, power, broadband and housing; diversifying Government’s revenue streams; and improving citizen trust and accountability. Ultimately, our goal is to leave a growing and inclusive economy behind in Ekiti State. These goals cannot, and will not be achieved, if Government does not provide an enabling environment for private enterprise to bloom. This is why one of the first tasks of the Government was to prepare an Executive Bill for the establishment of the Ekiti State Development and Investment Promotion Agency, which has now been signed into law. This Law ensures Ekiti State has a clear framework for attracting and supporting private investment, the critical enabler for growing its economy and putting its people in jobs.

But our work has just started. The first step in attracting investors is making the business environment favourable. So, Governor Kayode Fayemi inaugurated a Doing Business Committee that has now identified 29 reform items to immediately improve the business environment. We expect these reforms to be completed within a year. We have also identified priority sectors for investment eg the Knowledge Economy, Agriculture and Tourism.

Ekiti has always been known as the knowledge capital of Nigeria, and you’ll often hear people say there’s at least one professor in every Ekiti family; mine has two (sorry to brag). But our intellectual capital reminds me of Lebanese entrepreneurs, scattered around the world, rightly seeking opportunities not present in Ekiti, for their personal and professional development. As such, we think it only makes sense to commercialize this heritage, by developing a 955 Hectare Ekiti Knowledge Zone, designed to be Nigeria’s first service-based Special Economic Zone. The area is located within the Education Quadrangle that includes Afe Babalola University; Ekiti State University; Federal University, Oye;Federal Polytechnic, Ado and College of Education, Ikere. When completed, this zone will house universities, schools, technology campuses, workspaces, and offices to service business process outsourcing and back office operations. It is being designed to include support infrastructure for power, transport, housing, recreation and other services. Finally, we also plan to develop the talent pool to serve the community, and ensure tenants have the right tools to optimize their operations. As I say these days, watch this space!

Ekiti people are agrarian, so again, we believe it makes sense to build on this. We have identified an Agriculture Corridor that will serve as a Special Agricultural Processing Zone designed to support the cultivation and processing of strategic crops including cassava, cocoa, cashew, oil palm and rice, amongst others. The Ikole-Ipao-OkeAko-Itapaji-Iyemero Cassava Processing Zone comprises of 38,000 hectares of arable land, suitable for cassava production, and has three dams to ensure irrigation is available for optimum yield. At the moment, four processing plants are being built by investors with a combined capacity of 145,000MT, and we expect this zone to be the leading cassava processing hub in Nigeria within the next three years.

Rice is widely grown across the State, and Ekiti is noted for the famous IGBEMO rice. The Ado-Ijan-Igbemo/Ijero-Okemesi rice producing axis has more than 25,000 hectares of arable land suitable for rice production. The Iyemero Agriculture Corridor is also a rice growing belt, and connects well with Ilejemeje-Ido/Osi production areas, but production is currently limited due to challenges with irrigation. With the development of the Ero and Ele irrigation projects, we expect a boost in rice production soon.

We also have some interesting plans to boost ranching and by extension, the meat and dairy industry. Ekiti State has some brownfield opportunities like the Ikun Dairy Farm and other abandoned assets that are being repositioned for private investment, to take advantage of the meat and fresh milk supply gap in Nigeria. Already, we have started a formal discussion with Promasidor to partner on making the Dairy Farm operational, and hopefully, this should ensure the vision of making Ikun a milk production hub is realized.

These plans will be supported by the College of Technical and Commercial Agriculture. It will be run in partnership with global institutions for both short and long-term certificate awarding courses that will develop manpower to drive productivity in Ekiti State and Nigeria. The law establishing the college is already in place and it is expected to start operations in September 2019. Our goal is to ensure that the College becomes a centre for modern commercial agriculture manpower development, and facilities for takeoff are being put in place.

If you haven’t visited Ekiti State, as D’Banj says:

You’re sitting on a long thing!

Apart from the amazing hills that you can see more of here, there is the famous Ikogosi Warm Spring, and also Arinta Waterfalls. We also have a number of festivals that are being curated, so we can properly document for domestic and international tourists. These all create interesting brownfield and greenfield opportunities for investors, but it requires some work from the Government. This is why our Government is investing in security, to give visitors the confidence to visit Ekiti; and also investing in improving the access roads to the State, leading with the Ado Ekiti-Akure Road that connects Ekiti State to the Akure Airport, which is a quick 30-minute flight from Lagos or Abuja. In addition, we are also working on Nigeria’s first MICE (Meetings, Incentives, Conferences and Events) strategy, a clear plan to make Ekiti a destination for business tourism. Finally, there is the Afe Babalola University (ABUAD) Teaching Hospital, which by all accounts is on course to be Africa’s leading hospital, and will increase medical tourism to the State. Fingers crossed!

It’s a very interesting time to be on the frontline, and I’m like the Light House Family song, I’m Loving Every Minute!