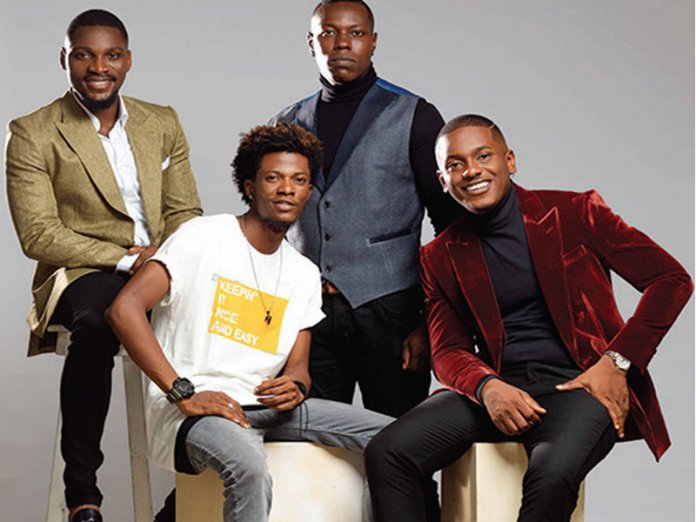 The prince of the silver screen Richard Mofe-Damijo is among the latest additions to the MTV Shuga Naija family. It is the first time he will be starring in the lifestyle drama series which is returning for its fourth season this year. At an event to unveil the cast, RMD will be joined by Nollywood veteran, Funsho Adeolu; top actor and show host, Osas Ighodaro; Big Brother 2018 finalist, Tobi Bakre; Omowunmi Dada and Belinda Yanga among many others. This year’s cast will feature a mixture of both old and new faces – including three budding stars, who beat off the challenge of over 1,000 other hopefuls at April’s public auditions, to land a role in the award winning TV series.

At the unveiling, the Executive Director, MTV Staying Alive Foundation, Georgia Arnold shared her thoughts on the unveiling of the new cast.

“The new series of MTV Shuga Naija has so many stories to tell: we’ll see characters dealing with family planning, contraception, and gender based violence among other issues – all of which are so relevant to our audience. The cast of the series are such an integral part of the work of MTV Shuga – they are not only (brilliant) actors, but actors and ambassadors who work so hard to ensure that our messages are reaching and positively impacting young Nigerians across the country.”

She also announced that the lifestyle drama series targeted at youths will be having a francophone edition as well as penetrate the populous nation of India. It is the first time the Foundation is taking its message to these countries.

Over seven seasons, the drama has crossed the continent from Kenya to Nigeria and onto South Africa and touched on numerous plotlines relating to HIV and safe sex including HIV testing, stigma, living with HIV, mother to child transmission, transactional sex, gender-based violence, and condom use.

Alex Okosi, Executive Vice President and Managing Director for Viacom International Media Networks Africa (VIMN Africa) adds “it is incredibly gratifying to see the rollout of the fourth instalment of this powerful campaign in Nigeria that has helped change the lives of African youth for the better. At VIMN Africa, we are proud to continue supporting this crucial campaign that originated on our MTV Base channel.”

As producer for the show’s return, Tope Oshin shared her excitement for the new season, “I’m elated to be producing the new season of MTV Shuga… We have so many issues in the world and while we entertain our audience, we also talk about serious issues raised in our communities. MTV Shuga is entertaining, witty and fun but also effects change within communities and inspires the next generation of young people to serve the world better.”

MTV Shuga has also announced a new partnership with the United Nations Population Fund (UNFPA) for the new season; the United Nations body, whose key initiatives and messaging is centered on adolescent sexual health, teen pregnancy and family planning among young mothers.

Speaking on the new collaboration with the MTV Staying Alive Foundation, Fatima Mamman-Daura (Adolescent Sexual and Reproductive Health and HIV Specialist, UNFPA Nigeria) said: “UNFPA is proud to collaborate with MTV Shuga – the undisputed leader in behaviour change communication for adolescents and young people. MTV Shuga speaks the language of young people – providing HIV education and information on sexual and reproductive health in the most entertaining and captivating manner.”

The past seasons have been broadcast in over 61 countries across the world, showing on more than 179 channels and reaching over 720 million households. MTV Shuga Naija will premiere on MTV Base and BET in September 2019.