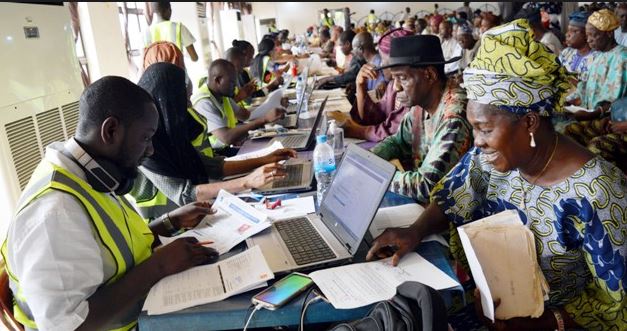 As part of efforts by the Governor Godwin Obaseki-led administration to clear pension arrears in the state, the Edo State Government has announced the commencement of physical and documentary verification for payment of arrears to pensioners in batches 51, 52 and 53.

In a statement, Permanent Secretary and Chairman, Pension Bureau, Mr. Saylor Juwobor, said, “In continuation of the on-going payment of pension arrears for State Government pensioners, all pensioners in batches 51, 52 and 53 are hereby invited to present themselves for physical and documentary verification at the Imaguero Hall, Benin City on Wednesday July 24th and Thursday 25th.”

According to Juwobor, pensioners in previous batches who failed to participate in the previous verification exercises were expected to take advantage of the forthcoming screening exercise alongside pensioners in batches 51, 52 and 53.
He urged affected pensioners, “To check the list of pensioners in the batches indicated above at the Pension building, Edo State Pensions Bureau, Oba Ovoramwen Square, Benin City on Wednesday July 24th and Thursday 25th 2019.”

The Pension Bureau Chairman said affected pensioners were expected to be at the venue of the verification exercise on the scheduled dates with the following documents: “Pension Authority; Retirement Letter; Letter of First Appointment; Pension I.D. Card; Biometric Slip; and Bank details including bank name and Account Number.”

“Pensioners in Diaspora in the batches referred to above especially those in Europe and America can be screened via Skype,” he added.
PSN Honours Fidelity Bank

Fidelity Bank Plc recently received accolades for its support for the healthcare value chain in Nigeria. The Board of Fellows of the Pharmaceutical Society of Nigeria (PSN) made the commendation at the association’s annual dinner and award night held in Lagos, where the bank won the Excellence Award in Healthcare Value Chain in Nigeria.

Receiving the award on behalf of the bank, Executive Director, Lagos & Southwest, Fidelity Bank Plc, Nneka Onyeali- Ikpe thanked the organisers for recognising the contribution of the Bank to the sector. Specifically, she said the award was a testament to the hard work and dedication of the board, management and staff of the bank in making financial services easy and accessible to customers.

“Fidelity Bank is perhaps one of the few banks in the country that supports the pharmaceutical industry. Our Fidelity Pharmacy Support Facility supports eligible Pharmacists to meet working capital needs by helping them purchase stock,” she said.

Whilst restating the bank’s commitment to the growth and development of the Nigerian economy, Onyeali-Ikpe promised that the bank would continue to explore new areas of opportunities in the healthcare value chain with a view to building a virile and sustainable industry.

Speaking in the same vein, the Registrar, Pharmacists Council of Nigeria (PCN), Elijah Mohammed commended the bank for its support to the industry’s growth and development. “I Fidelity Bank has done very well in terms of service delivery”, Mohammed said.

The PSN Award of Excellence was not only bestowed on deserving corporate organisations for their contributions to the socio-economic development of Nigeria, but also in appreciation of their efforts towards harnessing the great potential inherent in the country.