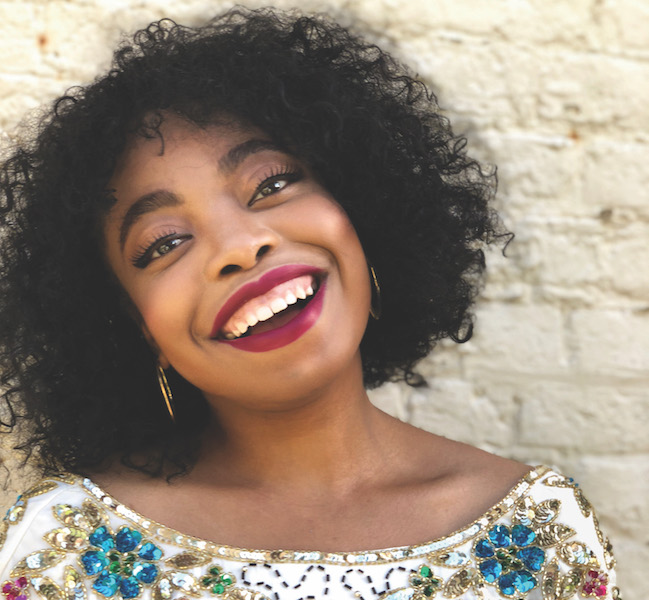 Francesca Chiejina’s career as an opera singer soprano has not only launched her into fame in the incredibly diverse London opera scene, but has also seen her perform at some of the world’s most prestigious venues. Okechukwu Uwaezuoke reports

Francesca Chiedu Chiejina couldn’t sing a note. As a result, she had to miss all her stage rehearsals. All this was because she was struck down with a bout of pharyngitis. And this was with her much-anticipated debut at The Royal Opera House in London (UK) looming. Precisely, it was only a week away.

Looking back now, she describes this dreadful experience as one that still makes her heart beat faster whenever she thinks about it. “These are the most important rehearsals because the stage is much bigger than the rehearsal rooms,” she recalls. “So, we usually use these rehearsals to get used to the new spacing, your breath management in the new space, the costumes, the orchestra, the full set, props, and the lightning.”

Thankfully, she was able to recover in time for the performances. “I was terrified because my first performance on the stage would also be my actual first time fully walking on that stage, in costume, and singing with the orchestra. That first night, the feeling, taste and memory of those few seconds right before I walked onto that stage to deliver my first line is forever seared in my memory. I’m sure I looked like a disoriented child walking onto the stage practically blinded by the sheer power of those stage lights…thankfully, that fear worked for the specific character I was portraying!”

Chiejina has since moved on from this experience. Her Royal Opera debut, which saw her featuring as Ines in Guiseppe Verdi’s “Il Trovatore”, was followed by “Voice from Heaven from Don Carlos”. She has since paid her dues in the talent-glutted, incredibly diverse of the London opera scene.
“I’ve met so many musicians from different corners of the world with awe-inspiring stories and experiences to share through their music,” she discloses. “Because of this, I feel further emboldened share my experiences and stories though my identity as a Nigerian-American. When creating honestly, the truth comes out through the music. One can’t help it…I feel seen, accepted, and fully part of a huge circle of artists.”

Her career as a soprano has, for her, been an Open Sesame to some of the world’s most prestigious venues. She has, for instance, performed at the Washington D.C.-based The John F Kennedy Center for the Performing Arts, the Hill Auditorium in Ann Arbor, Michigan and three top-notch London-based venues: the Barbican Centre, the Royal Albert Hall and Wigmore Hal as well as at the Luxembourg Philharmonic Hall in Luxembourg and the Serenadenhof Nuremberg in the German town of Nuremberg.

But, her odyssey into the world of opera and classical music can be traced to way back in Nigeria. This was when her Nigerian dad, Anthony Chiejina, who heads the Dangote Group’s corporate communications department, thought it was a good idea to enrol his four children (two boys and two girls) for violin and piano lessons at the MUSON Centre in Onikan, Lagos.

She would later burnish her credentials with a Bachelor’s degree from the University of Michigan in Ann Arbor and a Master’s degree from The Guildhall School of Music and Drama in London. It was while at the University of Michigan that she studied with the likes of the American operatic soprano Martha Sheil and James Paterson while she studied under Sue McCulloch at the Guildhall School of Music and Drama.

Earning these degrees meant she had to be exposed to courses that are essential to her operatic career like musicology (music history), music theory, acting, dance and movement, human anatomy and physiology, German, Italian, French and a bit of Russian.
Further forays into the classical music world led her through master classes with Martin Katz, Kamal Khan, Gianna Rolandi, Joyce DiDonato, Brigitte Fassbänder, Edith Wiens and Felicity Lott.
After a slew of high-profile performances, she was -sometime in 2016 -selected as one of five singers selected from around the world for the Jette Parker Young Artists Programme.

So much has happened since Francesca Chiejina’s interview with THISDAY three years ago. For one, her two-year contract as a Jette Parker Young Artist at The Royal Opera House has already been concluded. Then, she had since performed at Carnegie Hall in New York (USA), The Wigmore Hall in London (USA), and at the eight-week annual BBC Proms. She has also performed in cities like Berlin (Germany), Lisbon (Portugal), Bordeaux (France), Montreal (Canada), Cardiff (Wales) and, again, in New York City. “It has been a very busy couple of years, and I’m grateful for it because I’ve grown a lot artistically and emotionally,” she says.

In addition, she was a finalist of two major competitions: the Kathleen Ferrier Competition at the Wigmore Hall and the inaugural edition of the biennial Glyndebourne Opers Cup in 2018. Through the exposure from both competitions, she was able to perform for some of the most influential people in the business.
It’s not hard to see why her recent performances have garnered rave reviews. For instance, for her role in Macbeth, Mark Valencia in WhatsOnStage.com acclaimed her for standing out “the warm timbre of her Lady-in-Waiting” in Macbeth, noting that “barely 18 hours earlier this exciting Jette Parker Young Artist had been singing Mozart quite brilliantly at Glyndebourne as a finalist in the inaugural Opera Cup…” while for her role in The Return of Ulysses, she was hailed for her notable contributions” by Richard Fairman in the Financial Times.

For inspiration, the 28-year-old says looks up to a few people. And among these are: the mezzo soprano Joyce DiDonato, the soprano Shirley Verrett, the author Dr Brene Brown, the singer and composer Laura Mvula as well as the singer Oumou Sangaré. “There are so many incredible stories around us if we have to courage to search, ask, and learn,” she explains. “I personally believe that is what we’re all here to do: have courage to share our stories and inspire the people around us willing or able to listen.”

So, does she have plans of performing in Nigeria in the near future? “I’m currently in conversation with The MUSON Centre and working on putting some performances and concerts in the diary for 2020-2021!” she intimates.

Chiejina, who is grateful to be able to earn a living through her passion, has no plans to part ways with the operatic world. According to her, she wishes to continue on “this positive trajectory” on which she has found herself. “I’ve been working on staying present and focused on doing the work right in front of me. Of course, I have ambitions… life has just constantly shown me that greatness is achieved when one does each task (regardless of its perceived importance) with great focus and excellence.”