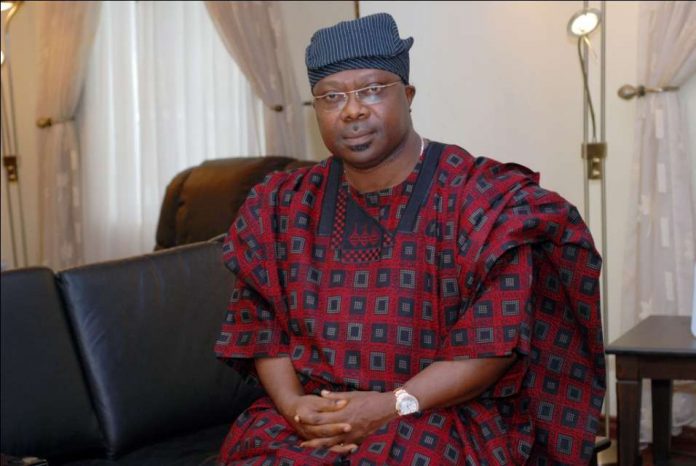 The biblical injunction to love one’s neighbour as oneself doesn’t apply to Nigerian politicians. Theirs is the love of self before any other considerations. Personal interest is the primary motive behind the moves they make, the friends they keep and the deals they cut. And only from a relatively secure pedestal do they begin to think about the welfare of the common man.

One of the prominent politicians in Osun State, Senator Iyiola Omisore certainly knows how to keep himself relevant. He is the proud owner of multiple doctorates in keeping himself afloat the political ocean. He has been doing it all his political life. Those who wrote him off multiple times only learned too late that the trained engineer has perfected multiple ways to construct a comeback.

After he battled and lost the 2014 Osun governorship election to Ogbeni Rauf Aregbesola of the APC, not a few people began to sing farewell ditties to Senator Omisore and his Social Democratic Party platform. Undeterred, the former deputy governor under Chief Bisi Akande between 1999-2003 bid his time and contested again last year. And although he did not win, he had a say on who did.

Recall that Omisore came third in the initial election “won” by the dancing Senator Ademola Adeleke of the PDP, with the APC candidate Gboyega Oyetola breathing down his neck a few thousand votes down in second. With reruns to be held in Omisore’s strongholds, the stage was set for the former senator representing Osun East to finally act the role of kingmaker.

Well, some say Omisore played that role to perfection. Others claim he sold his soul to the highest bidder in return for a slice of continuing relevance. Whatever the case, there is no denying his support was critical to the victory of the APC during the rerun elections. By saying “I do,” Omisore the beautiful bride entered into what some called an unholy matrimony with the powers that be. Not that the grizzled veteran of the grand stage is complaining. His popularity has never been higher. And popularity is the most valuable currency in politicking.

With his ambition to emerge governor yet unquelled, Omisore has been positioning himself to strike first when the next round of elections come along. He has been touting himself as the man who made the current government of Osun State happen.