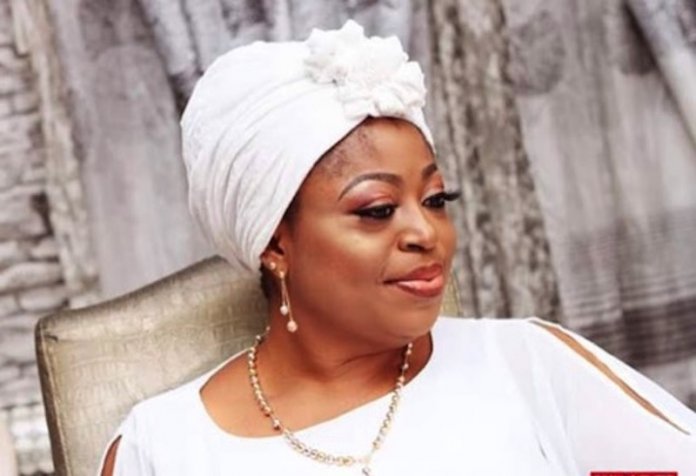 Princess Oluwatoyin Kolade CEO, Fisolak Global Resource, means many things to many people: a businesswoman and a philanthropist.
At every opportunity, the Iyalaje Apapa says that life has taught her to be available for others at the point of their needs.

She is also always quick to say that her late mother, Iya Aladura, not only taught her the ABC of doing business but also the need to show fellow-feeling to the less privileged around her. Though she had reportedly been betrayed by some people, she still shows compassion to anyone in needs.
Interestingly, not many are aware that one thing she does not joke with is her devotion to her faith.

Very prayerful, she loves to give thanks to God for His mercies in her life at every given opportunity. This she did, again, on Saturday, July 13, when she turned a year older.

The Osun State-born woman of substance used the occasion to reflect on the grace of God in her life.
The event was attended by many important personalities, who were treated to an array of continental and local dishes and exotic drinks
Some of the guests include Olori Naomi Ogunwusi, wife of His Imperial Majesty Oba Enitan Ogunwusi, Adesola Ogunwusi, Folasade Ogunwusi, Mayor Akinpelu, Seye Kehinde, Femi Davies, notable actor Yomi Fash Lanso, former Lagos State commissioner, Dr. Wale Ahmed, among several others.