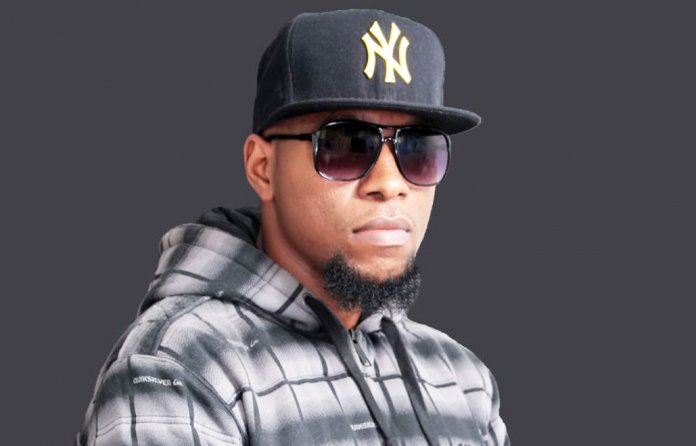 William Okafor, popularly known as Illwill, is simply defined as a creative, rap artiste, producer and a sound engineer. His love for good music and great content has raised his desire to push quality content and polish the scene with excellence. Illwill talks to Tosin Clegg about his journey, new album, quality of his works  and lots more

What music is to me

In the words of Bob Marley, music is food for the soul. It is your companion when you have no one to talk to, it gives direction, it gives courage, it is a means of communication, it heals, and it is a bridge between the outer and the inner man.

I was born in Festac Town

The fourth child of five children. My childhood was fun. As they say, ‘those were the good old days’. All we did was play, play and play. Music was always around the house. Michael Jackson was a big influence and I could dance very well, though right now I can’t dance to save my life. I went to secondary school at F.G.C. Okigwe. After secondary school, I started listening to radio a lot and it occurred to me that I could rap like the artistes I hear on radio and I started writing rhymes. By the time I got into UNILAG to study Mechanical Engineering, I saw myself as an artiste and when the opportunity came some years later, I recorded my first song. I also picked up music production while at UNILAG. In 2015, I went to SAE Institute, Capetown, to study sound production.

Music is trying to convey a feeling

You have a rhythm that you want to express. You need to know how to play a musical instrument, know the technicalities of production like time scale, tempo, and key signature and so on. You need to know your way around Digital audio work stations like Fruity Loops and Protools, but most importantly, you need to have a good ear for sound.

While doing all the above, I still try to have rhythm and pass a message at the same time. I think the things that make me different are my original thoughts, my voice, and I try to be authentic.

I also have a lot of experience in the general field of music creation. As a creative person, I have always been looking for an outlet to express myself but in 2004 I had the opportunity to go to a music studio in surulere to see how recordings were done and how music was made and that gave me the right tools I needed to write and record a song.

The journey has been tough

It is not easy to get people to believe in your dream and a lot of people do not have regard for artistes. Now, when you say you do hip-hop, it might be frowned upon being that the whole nation only thinks in terms of Afropop. We do not really have a diversified music scene. With the mega success of some Afropop artistes, it has become extremely costly to create, produce and promote music. The economic situation of the country has not helped as well, hence people find it difficult to pay for music they consume.

They would rather download it for free. On a positive note, I have been able to dedicate my time to something that gives me fulfillment, I have met some phenomenal people along the way, I love what I do, I am hardly bored, I have learnt a lot and I have made a masterpiece of an album if I may say so myself.

My album is called The Goodwill of Illwill

It has 10 tracks. The idea of the album is to make feel-good music, conscious music, timeless music, a quality album you can put on repeat while driving or doing chores and still get an inspiring message. I worked with some of the best talents I know. Pelli, Muno, Clay, Paybac are all maestros in their own right. As for producers, I worked with friends like Royal Priest, Cikko and The Chordinator. These are people I could bounce ideas with. I also did some production on the album as well, and then I did all the mixing and mastering.

I have more plans after this album

I hope to drop a beatape, SOIL 7 (Symptoms of illness Part 7) very soon. This is where I get to express my production skills. I also hope to shoot a video for one of the songs from my album. Also, I have an idea to write and maybe produce a short film. Of course I would also do all the location sound and audio post production for the short film. In a few years, I hope to be a household name in rap music. Both locally and internationally; the go-to guy for quality music, production and sound engineering. For shows, I would like to do shows with proper audio set ups – both front end and back end.