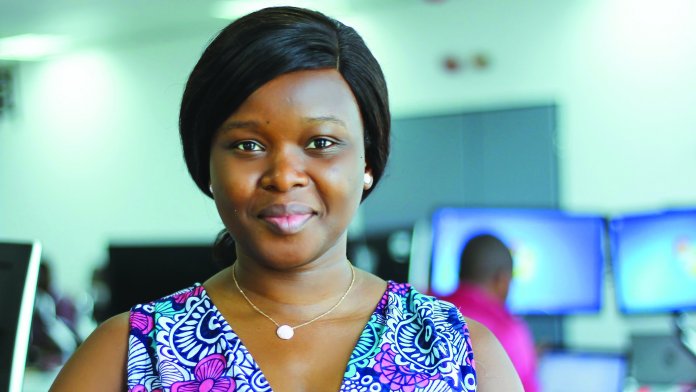 It is quite comforting that we can sit peacefully somewhere deep in the bowels of South Western Nigeria, and discuss the roles of the media in the fight against terrorism within West Africa.

However, let us flow with this simple explanation, for the purpose of this paper: Terrorism is the use of fear and acts of violence to intimidate communities or governments on behalf of peculiar interests; it is a form of political, economic and religious coercion.

Terrorism, as we have lately confirmed from skirmishes within our borders, has dire consequences which gravely affect economic growth, investment and tourism. These damaging eventualities not only derail the developmental strides of a nation, but put the psychological and physical health of the productive populace in jeopardy. A region pockmarked intermittently by aggrieved and armed groups cannot find the impetus, peaceful atmosphere and positive dynamism to innovate, create, grow and prosper.

The virus is in the terrorist’s tactics or modus operandi – kidnappings, bombings, hijackings, assassinations, hostage takings, armed assaults, etc. Across most of the 17 odd West African countries, the dark evil stripes of terrorism have streaked through the once stable and peaceful sub-Saharan region: Nigeria, Cameroon, Chad, Niger, Burkina Faso, Senegal, Mali and Mauritania.

Beyond the usual shortlist of grievances allegedly provoking the terrorist’s murderous inclination – i.e. oppression, persecution, poverty, government neglect, human rights abuses, discrimination, military or police brutality, and even nationalism or cultural separatism fueled by secular or religious fundamentalism – the most powerful “exponent”, or dare I say, the “amplifier” of terrorism is the Media! It is a symbiotic “transaction” made in hell, and well circulated in territories across the world.

The late American historian, journalist and public commentator, Walter Laqueur expressed this queer symbiosis more profoundly: “The media are the terrorist’s best friend. The terrorist’s act by itself is nothing; publicity is all”.

So, in pursuit of Truth, the public right to know, and making government accountable, the media project fear, hopelessness, confusion, cluelessness in images and words of gory spectacles, official bunglings, military misadventures and the audacity of morbid marauders.

Usually, conflicts arise between beleaguered governments and the media, on behalf of the people, especially in response to vicious acts of terrorism. For instance, here’s a report by The Defense Post (online) of June 22, 2019: “Lawmakers in Burkina Faso on Friday, June 21 adopted a controversial new law providing for jail terms of up to 10 years for divulging details of military operations. The amendment bans the “publication of images of attacks against defense and security forces and the victims of terrorist crimes,” as well as “attacks on the morale of troops engaged in the fight against terrorism,” lawmaker Bernard Some said.

“…The measure was criticised by opposition lawmakers as well as media and rights groups.

“…“A user of social media, a journalist or a defender of human rights can spend up to 10 years in prison solely because of spreading information linked to military operations,” said Yves Boukari Traore, the executive director of Amnesty International Burkina Faso.”

It’s difficult to entirely blame the Burkinabe authorities, for “According to a recent Armed Conflict Location & Event Data Project analysis, violence by armed groups in Burkina Faso has spiked, with 499 fatalities reported from 124 direct civilian targeting events between November 1 (2018) and March 23, representing a 7,000% year-on-year rise.”

(The above is the first part of a paper delivered on Friday, July 12, 2019 at a ceremony in honour of Toyosi Ogunseye, head of BBC West Africa and new Vice President of World Editors Forum, under the theme, Fight Against Terrorism in West African Sub-Region: The Roles of the Media)

I love football – at least, the watching part. Analyses, previews, reviews and halftime chats arrest my attention, to the chagrin of my family members, whose disdain for the entire spectacle of the round-leather game is both confounding and deep-rooted.

Thus, it was with great excitement I prepared for the June/July onslaught of top-level footy-fiesta: Women’s World Cup, Copa America (mostly South Americans, really), African Nations Cup (Afcon), Gold Cup (North and Central America, and the Caribbeans); and the little top-ups of Under-17 World Cup and Under-21 Euro. It was a feast best suited for a glutton. I was prepared to be that over-indulgent!

As usual, some disappointments here and there – the Nigerian Under-17 boys were out of their depth (whether they were feeling the strains of their real ages or betraying the poor level of tactical and technical know-how, I could not tell); the Under-21 Euro appeared like a distraction, not much flair, nor celebration. Some matches would force you to double-check the names of teams on the field – it was that threadbare.

But the source of my recent migraine was the Women’s World Cup, WWC. The technical abilities of many of the girls were appalling – Nigeria, Thailand, Cameroon, South Korea, Jamaica, Chile, South Africa, Scotland, and even Spain and Australia, were chief culprits. No surprises, none passed the group of 16. Even tactically, most of the teams were so poor and disoriented that you’d be forgiven if you thought their coaches (both foreign and home-grown) were amateur judokas and wrestlers.

Standout teams, for me, is the USA team (and this was penned while they were in the quarter final)…the Yankee ladies could teach their male team some tricks and transitions. And to a lesser extent, Sweden, France, Germany and England. The gritty Italians and the colourful Netherlands might have also salvaged something for women football.  Clearly, Norway, China, Japan, Brazil, Canada, New Zealand and Argentina seemed spent, and in need of rejuvenation.

As for Nigeria and other African teams, we need to stay off the world stage in the next seven years, and build new teams, from the grassroots…fresh thoughts, well-honed strategies, to make a critical mark in the WWC of 2027. We just don’t want to participate, create embarrassing cat-fights, show off colourful hairstyles and rippling muscles…we just don’t want admirable athleticism without a dint of tactical nous. We ought to step on the World Cup platform believing we can win it – and look like it.