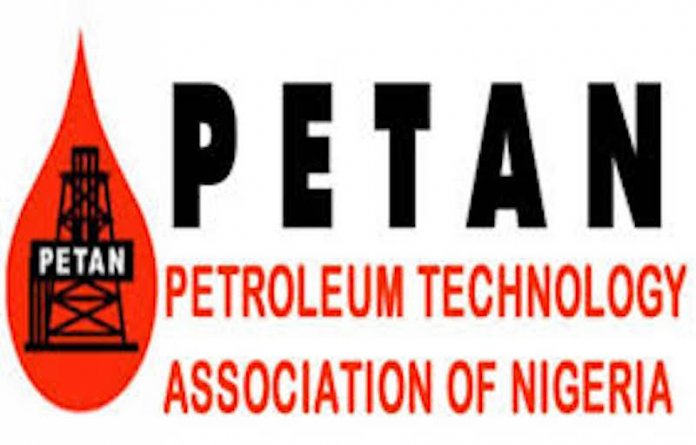 The Petroleum Technology Association of Nigeria (PETAN) is the association of most oil & gas service companies in Nigeria. We witnessed the new Group Managing Director, Nigerian National Petroleum Corporation (NNPC), Mele Kolo Kyari’s speech during a valedictory session that was organised for the immediate past GMD, Dr. Maikanti Baru, in Abuja on Monday 8th of July, where he stressed that he will achieve 45 billion barrels of oil reserve, three million barrels per day daily production and zero importation of finished petroleum products by 2023.These are great lofty ideas which we are ready to support him to actualise them. Mele Kyari’s background as a geologists and the smart COOs Mele has selected will be a plus in his plan to achieve and exceed the target reserves and daily production of three million barrels. How he drives the industry and his vision for the industry will determine if he will actualise these aspirations. PETAN wishes him and his team well and pray that they achieve these great goals.

To achieve a 45 billion reserve, we must carry out exploration and drill more wells. Nigeria has the lowest well services activity in the world. Most of the IOC’s are not exploring and drilling activity is minimal. Your good office with DPR and critical stakeholders must look into this to ensure the operating companies explore and drill more wells. NNPC also needs to intensify exploration in all the inland basins.

The Deepwater has contributed more than 100 billion dollars to the government in the past ten years. Potential exist for future investment above 70 billion dollars if we can put the right things in place. A lot of capacities and capabilities have been built riding on the few investments in Deepwater. Thousands of jobs have been created for Nigerians. A 74 per cent Nigerian Content was achieved in Egina. Bonga if approved and sanctioned has promised to achieve above 80 per cent Nigerian content. This are practical demonstrations that if we get our acts right, business will come into Nigeria. We also should not use Deepwater to kill shallow water.

To address low exploration in Deepwater, Kyari Mele should use stick and carrot approach on companies that do not invest in Exploration. We are carrying reserve value of about 37 billion barrels and 174 TCF gas. I belief our reserve is about 200 billion barrels and 400 TCF gas. We must as a country invest in exploration now that oil is fast going out of fashion to derive the full value from our natural resources and use it quickly to diversify our economy and improve on our infrastructure. Government needs to create incentives towards exploration for reserve replacement, urge development of allocated but un-developed blocks and increase in production enhanced; with a total of two billion barrels produced from Nigeria’s Deepwater space since inception, the contribution to national production by Deepwater operations has consistently been on the rise since the NOGICD Act.

From 2010 (35%) through 2013 (38%) and 2017 (40%), with Egina further adding 160,000 barrels per day at the end of 2018. There is need to create the right fiscal policies to encourage investment in deep offshore to unlock our deep offshore. Deepwater still need to be funded, tall order to compete for funds. The landscape is getting very competitive.

The timely conclusion of the ongoing industry reforms guaranteeing legislative certainty and clarity. Work with National assembly and critical stakeholders to actualise this. This is holding down lots of FID’s and critical investment. The passage of and the assent by Mr. President to the PIGB is important to send a signal to the market that this government is serious about the oil reform agenda. The uncertainty created by the lack of passage of the reforms have significantly affected investments in the Nigerian oil and gas sector.
The legislators to expedite the passage of the relevant bills associated with the section 16 of the petroleum act and incorporate feedbacks from the public hearing
Our production is declining 10-15 per cent annually. To maintain two million barrels per day, we need to be spending about $10 billion capex annually. To grow to your target daily production of three million barrels per day, we need to be spending between $20 to $30 billion capex yearly. This will guaranty activity level to achieve and maintain the desired level of daily production

In addition, we need to be sending our investor friendly messaging to remove this negative cloud on investments in Nigeria. Everything that is anti-investment, anti-entrepreneurs must be removed. Sanctity of contracts and rule of law. Issues of taking peoples licences without due process and tax men harassment of companies without following due process sends the wrong messages which are not good for us.

There is need to reduce government’s equity on JV’s considerably
Rule of Law must be supreme. Sanctity of contracts must be respected. There is need for competitive PSC Fiscal terms which enables monetisation of deep offshore gas and support existing investor commitments. Also, Mele Kyari must ensure that fiscal terms remain competitive; enable conducive business environment and ensure safety of lives and security of assets.

A good approach is to establish a coast guard to be responsible in protecting all assets and personnel in water instead of all companies having their own security and security vessels/gun boats.
He must improve the efficiency and effectiveness of institutions responsible for contract approval processes.
Resolve ongoing PSC disputes. Sign dispute settlement agreement and new PSC agreement for OML 118 which is the template for other PSC’s. This will definitely unlock the entire deep offshore market and bring most projects to FID.

The proposed deep offshore/inland basin PSC amendment bill 2018 seeking to introduce 50 per cent royalty in revenue above $20/barrel will drive investments to other countries. There are lots of discoveries everywhere and we should desist from acts that are not investment friendly. This would worsen our competitiveness thereby limiting our ability to attract investment and will consequently hamper long term oil production growth. With 50 per cent royalty, NPV will be very low and unattractive for investment. Fifteen per cent IRR not enough in Nigeria because risks are high. This can be enough in USA or middle east because of low risk.

NOGIC Act signed into law in 2010 makes it sustainable for all stakeholders. The journey so far seems to be in the right trajectory. The successes so far in the oil and gas industry includes the following: Equipment ownership, Fabrication capabilities, EPCI, Pipelines, Operation & Maintenance, Production Operations, Well Completion, Engineering and Well Services. Nigerians are now involved in all areas of the oil & Gas value chain. Asset ownership by Nigerians have increased considerably.

Indigenous vessel ownership has increased to over 38 per cent. Nigerians now own drilling rigs, pipe pills, pipe coating facilities. Eighty per cent of engineering are presently done in-country. Fabrications done in country has increased considerably. So much has been done in Human capital development.

In-country value retention has increased considerably from less than five per cent before the signing of the act into law to above 27 per cent. Nigeria witnessed capital flight of more than three hundred and eighty billion dollars in fifty years of oil and gas exploitation in Nigeria. We have witnessed development of several Nigerian entrepreneurs.

Battle of regulation of Deepwater & Investment:
There is need to resolve all fiscal issues with Deepwater. We should be talking about 30 FPSO’S now instead of 7, delays in tidying up commercial frameworks that will facilitate investment. Framework for the new commercial agreement with OML 118 if signed, will unlock the significant aspect of Deepwater development in Nigeria.

Work with the Ministry/DPR to accelerate the renewal of soon-to-expire licenses for oil blocks, and also create new concessions for the unallocated 53 Deepwater blocks, since the last bid round was 12 years ago.
We should clear uncertainties around commercial frameworks and make room for attractive fiscals and regulatory regimes to pull investors. The NNPC should approve and escalate to other projects, the proposed framework between itself and operators on OML118.

Okoroafor, is the Chairman of PETAN