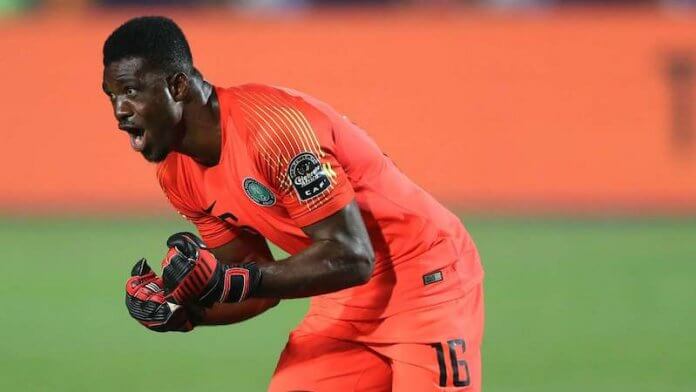 Super Eagles goalkeeper, Daniel Akpeyi, has said that he wished for a replay of the free kick by Algerian Riyad Mahrez which halted Nigeria’s dream of a fourth Africa Cup of Nations title in Egypt on Sunday.

Speaking with Nigerian journalists covering the tournament in Egypt shortly after the 1-2 loss to Algeria, the Kaizer Chief goalkeeper said now he knows what to in similar situation in future.

“I wish there can be a replay but it’s over now and we have to look up to the third-place game,” he noted without any regret.

Akpeyi defended his teammates from criticism.

The Super Eagles looked to be in with a great chance of beating Djamel Belmadi’s men to reach the competition’s final after dismissing South Africa in the quarter-final.

“It’s very tough and very sad that we have to lose in that manner, to have conceded through that kind of free-kick,” Akpeyi stressed.

“So far, it doesn’t matter whatever anyone would say about the team. These players have actually tried.

“A lot of teams have been knocked out of this competition but we are still here.

“We have very young talent and I’m very sure if this team can be given a chance, we’ll be able to fix things.”

Nigeria will battle Tunisia in Thursday’s third-place encounter. The Super Eagles have won each of their six third-place games in AFCON, while keeping a clean sheet in four of these ties.