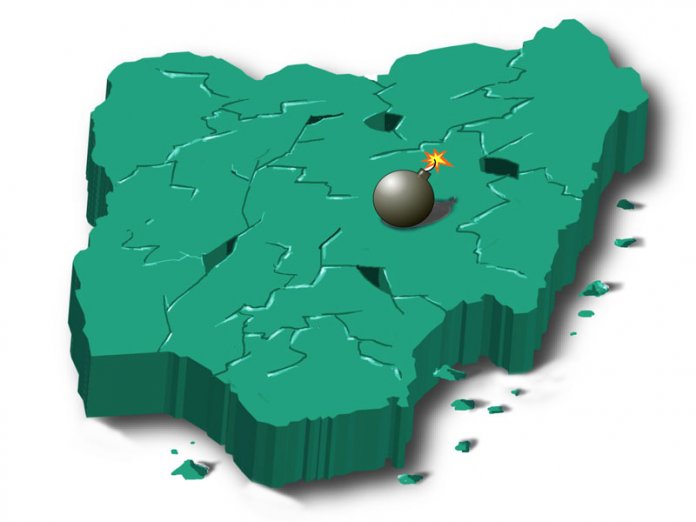 That Nigeria is more divided today than at any other time in its contemporary political history is no longer in doubt. This sad situation is now aggravated by the bitter inter-regional exchanges that followed the recent suspension of ‘Ruga’, a mismanaged settlement proposal designed to solve the occupational challenges of herdsmen who are mostly Fulani. President Muhammadu Buhari must steer the country away from the current mutual distrust and inter-ethnic hatred which have attained dangerous level.

That the brazen affront by a so-called Coalition of Northern Groups (CNG) who threatened southerners living in the north with ‘expulsion’ was neither condemned nor sanctioned by the authorities has not gone unnoticed. Taking a cue from CNG, the Northern Elders Forum (NEF) condemned the “harassment of Fulani and their cattle” and also issued their own not-so-subtle threats. Not surprisingly, Afenifere, Ohanaeze Ndigbo and several other socio-cultural groups in the south have reacted with equal venom. The tragic death, at the weekend, of Mrs Funke Olakunrin, daughter of Chief Reuben Fasoranti, has only added fuel to the fire.

If there is anything that such threats and counter threats portray, it is that we are now a country on the path of self-destruction. It is also a serious indictment on the current leadership in the country. “No country develops with disunity and suspicion. We cannot be different. As leaders, we must demonstrate quality for trust to occur,” said former Head of State, General Abdulsalami Abubakar last week. We agree completely with him.

Meanwhile, against the background that there are usually challenges in the process of integrating members of any society into a cohesive social whole, what confronts us in Nigeria today is not particularly peculiar. It is also trite to say that it is the duty of government at all levels to create the enabling environment that would give the citizenry a true sense of belonging and faith in the assertion that this country belongs to all of its peoples irrespective of ethnic origin or religion. However, the greater challenge lies with the Nigerian people who must understand that our diversity is our strength.

It is very evident that what we are witnessing today in our country is a collapse of the political consensus that had for decades held this nation together and President Buhari must take responsibility. The management of the nation’s diversity has come under intense scrutiny since he assumed power more than four years ago. He had flagrantly displayed nepotism and favouritism through his numerous lopsided appointments. It is one of the main reasons for the growing tension in the country.

One of the most recurring challenges of the moment is the high incidents of kidnappings and armed robberies which are linked to herdsmen. It has become a serious national security problem that can easily be located in the impact of climate change, ecological factors, population growth, increased cattle rustling, banditry, terrorism and insurgency. There is therefore an urgent need for pro-active measures to address these developmental and security challenges and more specifically, their exploitation by agent provocateurs to destabilise the peace, stability and security of the country.

Everywhere in the country today, there is the pervading sense of fear and insecurity. The activities of Boko Haram, armed robbers, kidnappers and sundry other criminal cartels have combined to paint the picture of a country practically at war with itself. In a way, what we are witnessing is a troubling erosion of the integrative mechanisms for national cohesion put in place after the civil war. It ought to concern the current administration that after half a century of nation-building, we are now nearly as divided as we were in 1966. Comparatively, Rwanda has almost totally healed and strode ahead developmentally after only 25 years of self-inflicted monumental genocide and inter-ethnic hate of epic proportions.

As a matter of public policy, it is incumbent on the federal government to create a conducive atmosphere for social, economic and political integration of the country. That is President Buhari’s bounden duty.

Quote
As a matter of public policy, it is incumbent on the federal government to create a conducive atmosphere for social, economic and political integration of the country