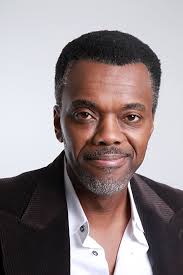 You know Wale Ojo as an acclaimed actor. His face is prominent in movies such as Alter Ego, Phone Swap, Meet the Adebanjos, Fifty, For The Wrong Reason, The CEO, and in the movie Half of A Yellow Sun, an adaption of Chimamanda’s novel of the same title. Ojo, in his years as an actor has excelled at his craft, fitting into all manner of roles, and it is only natural that he takes the next big step career-wise.

It, therefore, came as no surprise when Wale Ojo’ directorial debut feature, Don’t Get Mad, Get Even, which is set to hit Nigerian cinemas from October 1st became public knowledge. The award-winning actor who loves playing roles that depicts and stretches his creative dexterity, in 2004 debuted in Nollywood acting alongside Justice Esiri in the movie, Six Demons, by Teco Benson.

The London trained artiste, who has also showcased his multi-talented side in singing, floating a 16 man band named Wale Ojo and The Milagros, believes that this will be the movie of all movies, coming from a place of his experience in many other block buster movies he has featured in. “It is a film that will set milestones in film productions in Nigeria.”

From the stables of RGD Media Production Company, Don’t Get Mad, Get Even, is a story that revolves around the conflicting lifestyles of two estranged brothers, Jaiye and Juwon Kuti, who have completely opposite personalities. Jaiye, the elder of the two, is an uptight, religious and cautious university professor; while Juwon who dropped out of school to pursue a music career is an adventurous and incorrigible Casanova with the belief that he is God’s special gift to all women… at least until he met Ada.

Among other activities expected before the cinema release of the movie is a star-studded premiere and ‘Don’t Get Mad Get Even’ social media challenge and The Street Challenge.

The challenges have been slated to commence in August with different choice prizes to be won.

The movie, which centers on the differences between being highly educated and broke and the less educated and rich, throws insight into the entertainment industry vis-a-vis the academic circles.

According to the Executive Producer, Raphael Dedenuola, ‘Don´t Get Mad, Get Even’ is an intriguing romantic comedy that is extremely hilarious and entertaining and will surely cheer you up even in difficult or stressful situations. This, in a country like Nigeria, where people are grappling with so many challenges and problems every day, comedy and humour are the best and only antidote.

For the prolific actor turned director, Ojo, whose interest in the movie industry in Nigerian has seen him set up a movie production outfit named New Nigeria Cinema, is committed to improving Nigerian film industry. On his New Nigeria Cinema platform, Ojo has written and produced a short film called ‘Ghost of Tarkwa Bay’. He has a second film planned and is in sponsorship talk at the moment.

The quality of films he wants to make and see comes from many different influences as diverse as Hubert Ogunde, Tunde Kelani, Wole Soyinka, and Ola Balogun. “I’m advocating for a wave that was there before Nollywood.

“I look at these things especially our cinematic cast, both in film and video, and that’s why I developed the concept of the New Nigerian Cinema because I realised that what attracted people, especially in the Diaspora were the stories.

They were tired of Hollywood’s regurgitated storylines of the white hero. They wanted something they could identify with and it didn’t matter to them that the boom was in short. To them it’s like a window into the African culture that they weren’t always having access to.”

Ojo is on the board of the British Film Institute (BFI London), which hosts a programme, African Odysseys, showcasing the best of African cinema on a monthly basis, delivering a platform for a New Nigeria Cinema day in which the best of Nollywood films are screened.