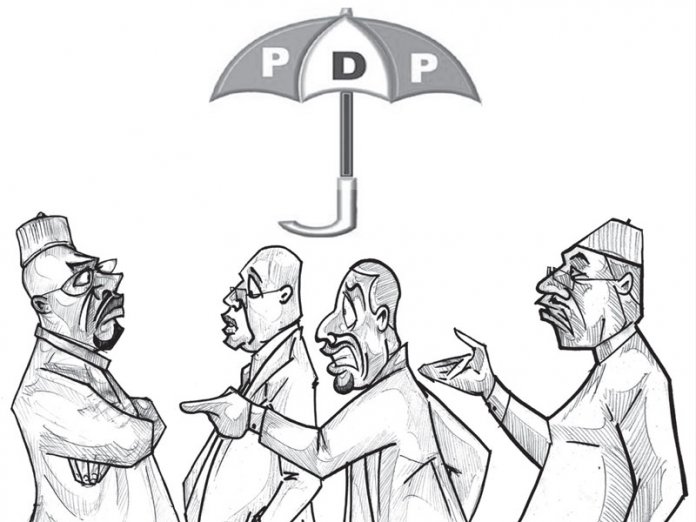 The PDP should put its house in order

At a period the main opposition Peoples Democratic Party (PDP) is in dire need of cohesion, the furore created by the emergence of minority leaders in the House of Representatives is needless. To the extent that the ability of the opposition to challenge the ruling party is integral to representative democracy, we urge the PDP leadership to put aside whatever personal interests they may have in the aspiration of certain candidates in the House of Representatives and rally behind their members that have been elected into minority leadership positions. This certainly is no time for combative actions that are capable of bringing the party into another round of crisis.

It is important for the PDP to learn lessons from its own experience. Just a few years ago, the party controlled more than 60 per cent of the National Assembly membership as well as no fewer than 23 of the 36 states of the federation. Unfortunately, the PDP got enmeshed in a self-inflicted crisis arising from the virtual overthrow of its constitution by a succession of self-serving leaders. It is therefore in the interest of our democracy that critical stakeholders who still command respect within the party to move in and resolve the issue of the House minority leadership so that the PDP can move ahead as a strong opposition platform.

These provisions on the power of the National Assembly and the emergence of minority leaders are clear and precise enough and have no room for external interference. The role of political parties in this exercise is usually very discreet and behind the scene in order not to give an impression of undue interference in the internal processes of the legislature. So for the PDP or any other party to forward a list of officers without due consultations with its members and those of the other minority parties in the National Assembly was tactless and smacks of attempts at imposition.

For us and many Nigerians, there is no better time than now for a resilient opposition that can help to galvanise and mobilise the people around alternative views. And given its antecedent, the PDP is enjoined to thread carefully and remember the setbacks it experienced in 2011 over the emergence of both Aminu Tambuwal and Emeka Ihedioha as speaker and deputy speaker respectively. The attempt at the time by the PDP leadership working in concert with the presidency to force the situation not only failed woefully, it undermined cohesion from which the party never recovered. Brandishing the sledge hammer of suspension against certain members can only worsen matters and push the protagonists into adopting a hard line position.

What is demanded of PDP at this moment of our democracy is unity of purpose. To do that effectively, the party has to reinvent itself by learning from the mistakes of the past. The suspension of Hon Ndudi Elumelu and other members elected into leadership positions in the House of Representatives should be rescinded forthwith.