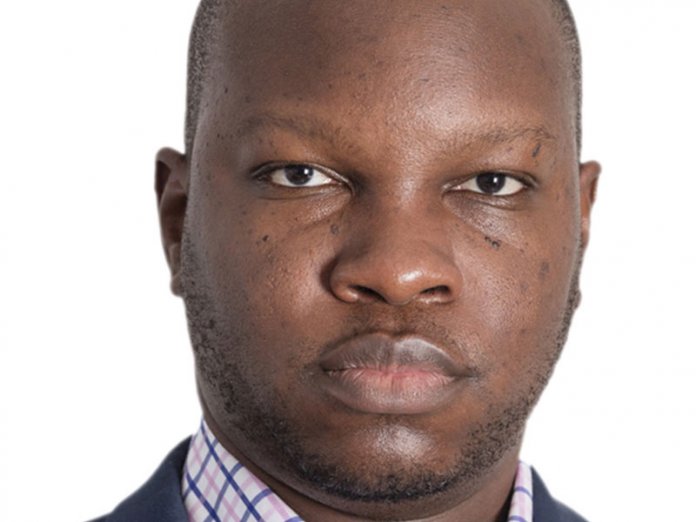 I recently talked about Nigeria’s capital flight problem, and did a small emphasis on the medical field. As of the last time I checked in Q1 this year, 5,405 Nigerian-trained doctors and nurses currently work in UK’s National Health Service (NHS), making up 3.9% of the 137,000 foreign staff of 202 nationalities working alongside British doctors and nurses for our former colonial master.

The data shows that the Nigerian contribution to the NHS is outsized. Nigeria is 2.6% of world population; and Nigerians, or people of Nigerian descent, constitute 0.29% of the population of the UK. More are set to leave as thanks to Brexit, medics from the European Union have giving the UK a wide berth, and the British government has been scrambling to fill the void by allowing more doctors to come in from the Commonwealth countries such as Nigeria, who are already English speaking.

It is not hard to see why a lot of Nigerians, not just medical personnel, want to run away from the country. People want self-actualisation, and Nigeria does not provide a platform for that, so people leave. And our officials keep carrying on as if all is normal. Maybe it is.

Consider this: in March 2015, the New York Times did a feature, “More Nigerian-Americans Are Reaching Highest Levels of Sports”in which they profiled quite a few Americans of Nigerian descent, both those born there, and those who moved there. Like Divine Oduduru is proving four years later, all of them began to excel in an environment where their talent was recognised, and nurtured. The irony of that piece was that it came at the start of a period where our sports really began to slide with the appointment of a chap named Solomon…

You see, our sports is just a metaphor for the rest of Nigeria. We are providing talent for the rest of the world, and failing to make use of it. Where the talent has no choice other than to work for Nigeria, Nigeria does not recognise it, or Nigeria tries to steal its success. Witness the shame, in the Rio Olympics, of NFF officials trying to surreptitiously take money that was donated to the Under-23 side by a gaijin! The man, a doctor named Katsuya Takasu, outsmarted the greedy administrators by writing the cheques in the names of Samson Siasiaand John Obi Mikel, and going personally to Brazil and handing over the cheques himself! If you want the dictionary definition of humiliation in technicolor, that is it.

Our Falcons who are currently playing in the Women’s World Cup, had an incident where they held on to a trophy that they won, in 2016 I think, and refused to leave their team hotel until they were paid what was due them. For this year’s World Cup, they refused to leave their hotel rooms. And a few weeks ago, the Flying Eagles, fresh from being eliminated at the Under-20 World Cup in Poland, pulled a similar stunt.

The multiple humiliation of Nigerian athletes having to beg for money to make the games at the last Olympics; a foreign airline providing a last minute flight for our team to beat Takasu-san’s own country in their opening game; the athletes’ kits failing to arrive in time for the games, then landing at a time when the vast majority of athletes had already gone; and finally, the fact that a former national team player had to break the attempted hijack of Takasu-san’s money to the world, is too much national humiliation for a two-week period.

Going back to the New York Times piece, and one can’t help but wonder if there is a national curse afflicting us. Nigeria is the classic definition of the American word, SNAFU, which has made it into the English language. Situation Normal, All Fucked Up. And it has been so for centuries.

I spend a lot of time looking at maps. Historical maps and contemporary maps. You see, I’m a firm believer in the expression that “geography determines destiny”. Nigeria’s location has determined our destiny thus far, and sadly, the people’s attitudes have evolved in tandem with it, where we have accepted what fate has brought us, rather than behave like a truly great people, and overcome fate.

This map is a transliteration of an ancient Arab map of their African trade routes. The Trans-Saharan trade started long before any European came this way, and one of the important components of this trade was slaves. Note where the Arabs sourced most of their slaves from.

The second map was made in 1914 by a company in Scotland. In 1914! Look at the area that was taken as the slave coast, and then think of the region that the Europeans extracted the vast majority of their slaves from. Yes, that region, and the Arab sources, are roughly in modern day Nigeria.

So, are we, by reason of geography, destined to remain the world’s producer of talent to be exploited? It would seem so, given our own attitudes to talent.

Nigeria is the only country I’ve been to, and I’ve been around a bit, where as an example, smart people are regularly shouted down and insulted. Nigeria is the only country I’ve been to, where people are told, routinely, to wait their turn, rather than have their talents taken advantage of immediately. Back to sports, and Grace Anigbata did not make the Rio Olympics high jump event, not because she was not good enough as she won our trials here, but because she was deemed to be too young.

Nigeria is the only country I’ve been to, where people in positions of authority immediately feel threatened by the emergence of someone who may do what they do better. The usual response to such emergence, is to shut the person down post haste.

You have to ask yourself, why do we hate competition so much? Can’t we see that competition makes us better?

Aboubaker Lasebae, one of my professors during my Masters, spent a tenure in a Nigerian university in his early years. He mentioned once that he’d never seen an academic environment, where professors fought very hard to maintain their “superiority” over their students. For me, that was one of the culture shocks I faced when I travelled for the Masters; that ability to argue over a point with a lecturer, without being victimised for it.

The recent, misplaced celebration over the University of Jos awarding a First Class Degree in Economics after 43 years buttresses that point. That is Nigeria in a nutshell.

But, is it all doom and gloom?

The answer is no. The next question is are we willing to do what it takes to turn this around? Or better still, do we know what it takes? Do we know our competitive advantage?

I won’t pretend that I have the the solutions, but I have put in a bit of thought into it, and I think we need to start having a national conversation about this matter, so we can decide on a way forward. Or else, we will remain the world’s talent shop, and those of us foolish enough to remain at home will keep gnashing our teeth.