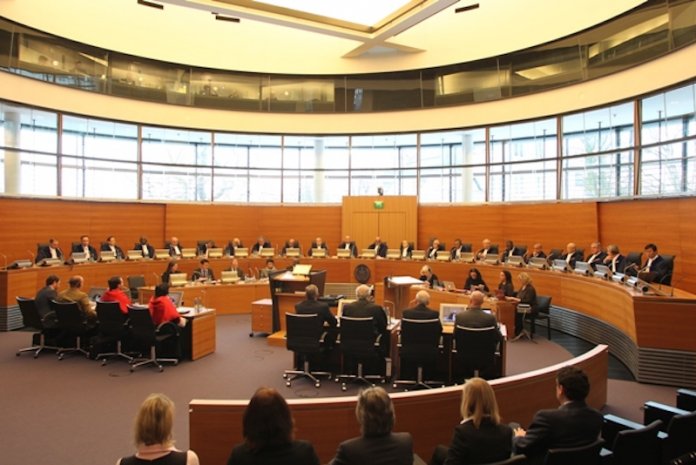 The International Tribunal for the Law of the Sea (ITLOS) has declined to stop the prosecution of a Swiss vessel, M/T “San Padre Pio” by the federal government.

Switzerland had in May this year dragged Nigeria before the international tribunal over Nigeria’s seizure of the vessel and prosecution of its crew members.

The federal government through the Economic and Financial Crimes Commission (EFCC) is currently prosecuting the vessel and its crew members over alleged infractions committed within Nigeria’s maritime zone.

Among others, Switzerland prayed ITLOS to order Nigeria to suspend the criminal prosecution of the vessel’s master and officers, and in addition refrained from instituting new proceedings against them.

Switzerland further prayed for another order for the release of the cargo and crew held by the Nigerian authorities.

Delivering judgment in the suit on July 6, ITLOS, however declined to grant the request to suspend the prosecution of the foreign vessel.

Solicitor General and Permanent Secretary, Ministry of Justice, Dayo Apata, hailed the verdict at a press conference held yesterday in Abuja, noting that the judgment is “a vindication of Nigeria’s right to proceed with prosecuting these serious violations of Nigerian law, which is a key part of its efforts to combat maritime crimes in the Gulf of Guinea.”

Apata stated that the vessel and its crew were arrested and detained, having violated Nigeria’s laws by engaging in ship-to-ship transfers of fuel oil for use in hydrocarbon production activities in Nigerian waters without the required permits and authorisations.

“On January 23rd 2019, the Nigerian Navy arrested a Swiss-flagged Vessel the M/T San Padre Pio whilst undertaking a ship-to-ship transfer of fuel oil right inside a platform within the Exclusive Economic Zone of Nigeria, without the pre-requisite permits or authorisation and at odd hours of the night, contrary to Navy Regulations.

“The vessel, crew members and cargo were subsequently handed over to the Economic and Financial Crimes Commission (EFCC) for Prosecution.

“The EFCC is currently prosecuting the case at the Federal High Court, Port Harcourt. The Captain and three other crew members were subsequently released on bail,” Apata hinted.

The Solicitor-General disclosed that apart from refusing the prayers of Switzerland, the tribunal also “conditioned the release of the vessel and the criminal defendants, who are Ukrainian nationals, upon Switzerland’s posting of a bond or other financial security in the amount of $14 million and on Switzerland’s giving unequivocal assurances, in the form of an undertaking binding under international law, that it guarantees their return to Nigeria, should Nigeria prevail in the arbitral proceedings”.

“With the conclusion of the provisional measures phase before ITLOS, the parties will now proceed to adjudicate the underlying dispute at the Annex Seven Arbitral Tribunal,” he added.