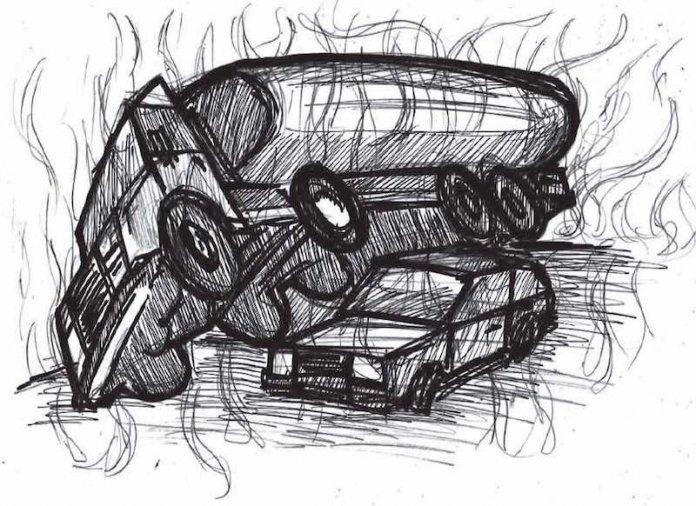 There is need for enlightenment campaigns on dangers of scooping fuel

In what has become an epidemic of avoidable tragedies, dozens of villagers were killed last week Monday in Ahumbe, Benue State when a tanker laden with petrol exploded on the Alliade/ Makurdi Federal Highway in the Gwer East Local Government Area. The tanker driver reportedly lost control of the vehicle while trying to dodge a pothole. While the villagers who had rushed to the scene to scoop fuel from the upturned tanker were still busy filling their jerry cans, the exhaust pipe of an oncoming vehicle reportedly scratched the tarred road, causing an instant explosion.

This is a perennial problem that has led to the death of hundreds of Nigerians. In the last few years, there has been a sharp rise in the number of such accidents. While we commiserate with the families of the deceased and wish speedy recovery for the wounded, the frequency with which people rush to scoop fuel from upturned fuel tankers, despite the known consequences, should compel action from the relevant authorities. A public campaign on the issue is long overdue given the growing number of casulaties over the years.

In January this year, exactly six months after a tanker truck loaded with petrol fell and spilled its content on the Otedola Bridge axis on Lagos-Ibadan Expressway, bursting into flames and killing several motorists, a similar tragedy occurred in Odukpani Local Government Area of Cross River State. The tanker was heading outside the state capital when it suddenly lost balance towards the Federal Housing Estate along the Odukpani axis of the highway and fell off. Dozens were said to have rushed down to scoop the spilled product which later resulted in an explosion, leaving many burnt beyond recognition.

Indeed, we have lost count of the number of tankers that have exploded in recent years, taking with them several hundreds of lives. To prevent a recurrence of this tragedy, steps should be taken to address the level of desperation among the people in total disregard for their own lives. It is one of the several manifestations of elite indifference to a scourge of scandalous inequality in the country.

Beyond the issue poverty, however, is ignorance as most villagers still cannot understand that a fuel site is a death trap. A sustained enlightenment campaign by the appropriate authorities on the danger of scavenging for fuel at accident scenes is an urgent imperative. This is one campaign that the NationalOrientation Agency (NOA) ought to take up by creating the level of awareness that would bring all Nigerians, especially those in the rural areas, to realise the danger in moving towards a fallen tanker laden with petrol. It is a matter of life and death.

While we urge the Federal Road Safety Corps (FRSC), Vehicle Inspection Officers (VIO) and the police ‎to collaborate in jointly enforcing traffic rules across the country to stop these avoidable and senseless mayhem, it is important for us to recognise the root of the problem. In most countries, petroleum products are transported through pipelines and not by putting thousands of vehicles on the road every day as we do in Nigeria. A solution has to be found to this challenge. Besides, the number of accidents caused by potholes on our highways is huge. If we are not to continue counting body bags, the authorities must do something about the deplorable state of most roads across Nigeria.