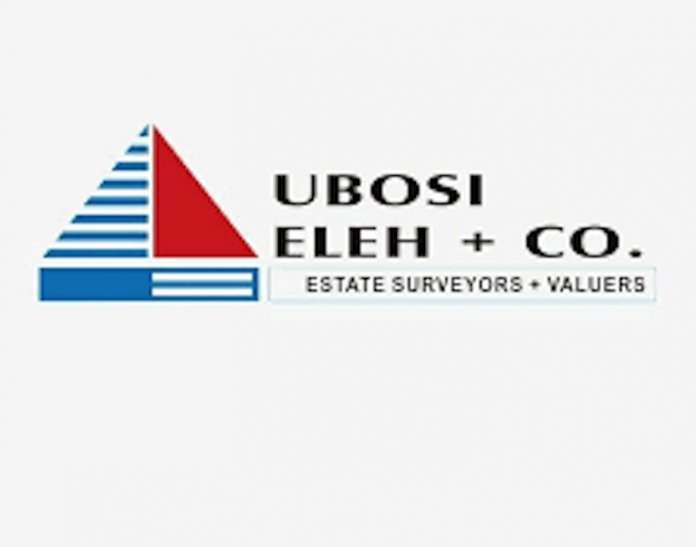 A leading estate firm, Messrs Ubosi Eleh+ Company has described as rather unusual Nigeria’s drop out of Africa’s top 10 investment destinations in 2018.

In a 110-page special annual publication titled “The Nigeria Real Estate Report”, the firm outlined how certain factors, including politics, macro-economy, micro-economy and the budget affected the real estate outlook in the preceding year. A principal partner of the firm, Emeka Eleh, said the development was unusual because it was the first time it would happen and also for the fact that the country remained the largest economy in Africa and the most populous. Eleh believes that the size and potential of the country’s consumer market should have made Nigeria the preferred investment destination on the continent in 2018 but wondered why it was not so.

In all, the report posted a largely underperforming economy in 2018 despite the bounce back in the oil market, “the year was tough at various levels for different firms and sectors of the economy. A further contraction in the construction and real estate industries showed that business confidence remained low even after a rally in oil prices.”

The aftermath effects of the elections were also not sparing as the firm in the report, observed that “less government spending after election is likely to weigh economic activity in 2019 as revenue at the state level in particular, continued to underperform and borrowing conditions proved more challenging.”

The firm observed that “little progress was made in diversifying the economy away from its reliance on oil revenue during President Muhammadu Buhari’s four years in office and that restrictions imposed on access to foreign currency also added to the already challenged business environment.”

Eleh attributed the investor’s reduced appetite for investing in the country more to risk than return factors. Accordingly, the report maintained that “global risk consultancy firm, Control Risks, in its latest risk-reward index report identifies Nigeria as offering investors the highest returns on the continent, second only to that of Ethiopia.” On the flip side, the country’s risk rating was the second highest in the continent, surpassed only by that of Zimbabwe.

The report identified policy inconsistency as the first major risk investors worry about when investing in Nigeria: “One is never sure if a major policy initiated by one government will be sustained the next government or even reversed by the same government. This risk manifests easily as political risk and is easily evident as election approaches. Capital inflows into Nigeria tend to slow down as election approaches and picks up post-election once investors become certain of the direction of government policies in a new administration.”

The terms of the contract, Eleh noted are not only violated, even third parties that invested in the projects are also affected adversely and this he reiterated are even worse for contracts inherited by successive administrations.

Corruption, according to the report is another major risk faced by investors doing business in Nigeria: “There are instances where investors have been asked to bribe certain government officials that are in charge of approving projects that they have already invested significant amounts of money into before such projects will be allowed to progress to the next stage.”

Probably, the most talked about risk for investors’ loss of confidence in Nigeria is insecurity: “The North East is now an area most foreign investors cannot visit because of being killed or kidnapped. Foreign and local investors also face similar risks in other parts of the country, especially in the oil and gas rich South-South and the industrious South East.

The report acknowledges that although there were other risks such as navigating an opaque bureaucracy in many states of the federation, poor man power, capacity, failed infrastructure and power supply, these latter risks were within the control of the investors and usually provided for in the business plan.

The report concluded that a major consequence of these risks was that investors were compelled to restrict their activities to just few areas they can operate safely. Not surprising, it maintains that about 70 per cent of investment inflows into the country are directed to companies in Lagos or around Lagos, leading to over concentration of investment inflows into the country or in the Lagos area.