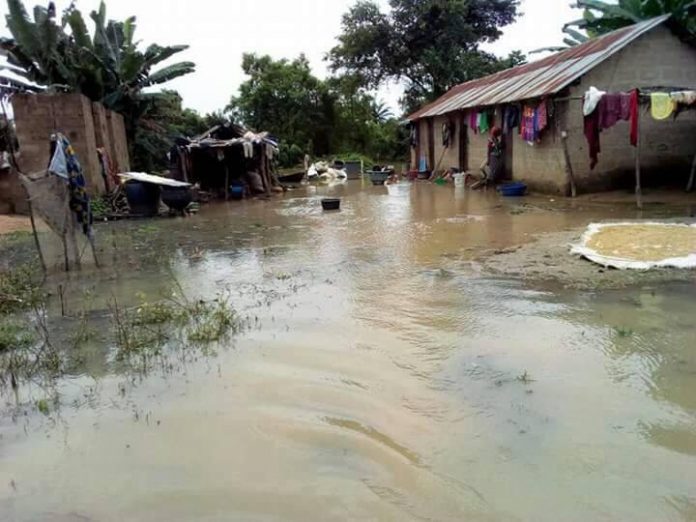 The FCT Administration has said it would commence massive demolition of structures built on the waterways and floodplains in Lokogoma, Abuja at the end of the 14- day notice that elapses this week.

Recent cases of flooding in Lokogoma have severely impacted on the residents of the estate and caused loss of lives and destruction of property.

This is because building along the canal has constricted the course of the Wumba and Kabusa streams leading to flooding.

FCT Permanent Secretary Chinyeaka Ohaa, who led officials on an unscheduled visit to Lokogoma District issued the directive, saying the administration would remove all structures built on 20 meters from both sides of the rivers.

“We are unhappy that normal human beings would build on waterways and on the road infrastructure and corridors. And most of them are building without approval. I am sad and sorrowful because many people have died and we can’t continue like this,” Ohaa said.

The affected estates are EFAB, IPET 5 and Hillcrest.

Ohaa observed that the indiscriminate building of structures along the water ways and road corridors, was responsible for the perennial flooding in the area.

FCTA officials faulted the estate developers of diverting the natural course of the rivers and building the without approval from the relevant authorities.

Director Engineering Services, FCDA, S.H. Ahmad, presented numerous abuses in the estate where retaining walls and undersized culverts were installed on the waterway by developers.

In some cases, access to all the locations were cut off as a result of the flooding that resulted from the narrowing of the streams.

However, Chairman of Lokogoma phase II Residents Association, Stanley Ugwu, revealed that most of the affected buildings were bought from the developers of the mass housing scheme.
Ugwu added that the owners of the buildings never believed that due diligence were not conducted before the buildings were sold to them.