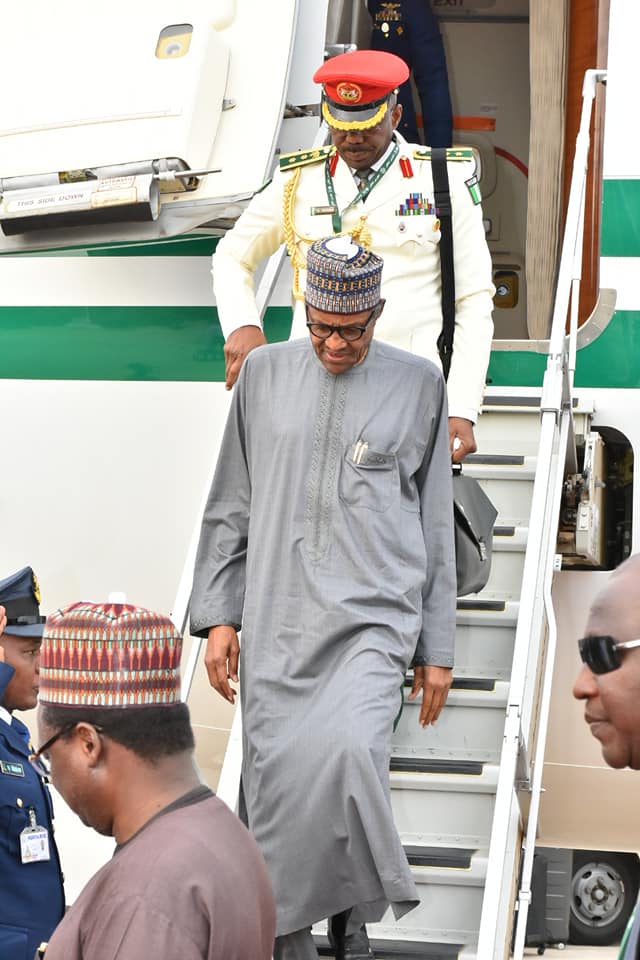 President Muhammadu Buhari yesterday returned to Abuja three days after he left the country for Niamey, the Niger Republic capital, where he signed the African Continental Free Trade Area (AfCFTA) agreement at the opening session of African Union (AU) summit.

Buhari reportedly signed the treaty on Sunday morning in the presence of other African heads of states and governments, delegates and representatives from the private sector, civil society and the media, which attended the 12th Extraordinary Summit of the African Union on the Launch of the Operational Phase of the AfCFTA.

The phase one of the agreement was adopted by African Union (AU) Heads of States and Governments at its 10th Extraordinary Summit in Kigali, Rwanda, on March 21, 2018.

But Nigeria pulled out of the agreement signing ceremony at the last minute a month later following agitations from the private sector that the agreement would make Nigeria a dumping ground for goods and services in Africa.

Consequently, the president set up a committee to make wider consultations on the agreement with a view to coming up with recommendations on whether Nigeria should join the AfCFTA or not.

The committee, while submitting its report on June 27, asked Buhari to sign the agreement, listing a number of factors, which aided the committee’s recommendation and the benefits accruable from it.

Acting on the committee’s advice, Buhari signed the agreement on Sunday, saying Nigeria’s commitment to trade and African integration had never been in doubt neither had it ever been under any threat.

He assured the summit that Nigeria would build on the signing of the treaty by promptly commencing moves to ratify the agreement.