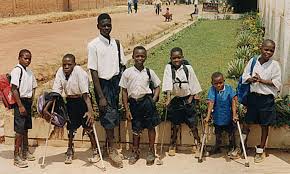 The management of Universal Basic Education Commission (UBEC) has concluded arrangement for the establishment of Model primary and junior secondary school for physically challenged children and others in Katsina State.

The model school, which would be established in Daura, the hometown of President Muhammadu Buhari, is expected to cater for children in seven north-west States of the federation. Speaking while handing over a land allocated to the Commission by the Katsina State government in Daura at the weekend, the state Chairman, Universal Basic Education Board, Lawal Buhari Daura, said the school would address the alarming rate of children roaming the streets in the country.

He added: “The school will consist of pre-primary, primary, Junior secondary as well as school for children with special needs. We thank Governor Aminu Bello Masari for allocating the land to UBEC”. The Katsina State SUBEB Chairman revealed that the state government was doing everything possible to improve the standard of education at the grassroots level, hence the donation.  Speaking earlier, the contractor of the project, Nasir Hamisu, disclosed that the project was awarded at the cost of over N560 million and to be completed within 18 months.