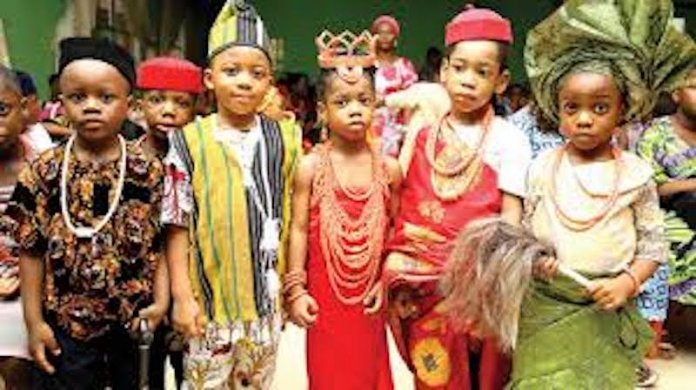 The Proprietor of Pacific School, Akowonjo, Lagos, Mr. Remigious Omosowon, has called on the government to set aside a day for the promotion of the various aspects of the country’s culture and diversity.

Speaking at this year’s Cultural Day celebration of the school recently, he said the country would be better off, as such an event would unite the various tribes.

While stressing the importance of a national cultural day, he cited Japan as an instance, saying: Japan, which we often refer to as a country for workaholics saw the important role cultural diversity plays and has declared November 3 of every year as a National Holiday for the purpose of promoting culture, the arts and academic endeavour. Festivities typically include art exhibition, parades and award ceremonies for distinguished artists.”

According to him, the celebration of Nigeria’s rich cultural heritage has become a yearly event in the school, adding, “our culture is what defines who we are as a nation. The rate at which we are abandoning our mother tongue for the English Language may spell doom for the most important aspect of our culture- our language.”

Omosowon explained that the essence of the celebration is to create the awareness in the students that “we are different types of people, but civilisation has taught us to live together as one. This is the unity in diversity that we talk about.”

The Principal of the school, Mr. Andrew Mekwunye, who stated that the culture of a people determines the rate of development of the people, regretted that African culture does not lend itself to modification and improvement.

“This static nature of African culture is the reason for the inability to improve in our technology. The bad influence of white man on our culture greatly distorted the rate of development of African communities.
He argued that African countries are bedevelled with poverty, disease, hunger, war, unemployment, political instablity, corruption, among others as a result of their low manufacturing and productive capacity arising from their technological underdevelopment.

“African culture needs to address the issue of her technological advancement without thinking of transfer of technology from Europe or America otherwise the development of African countries will remain illusive,” he said.
The event featured cultural dance from various tribes, dressing, music, as well as different delicacies.