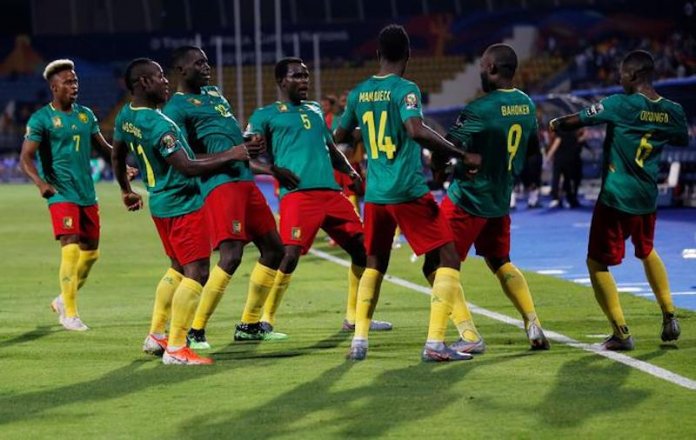 Defending champions Cameroon’s 0-0 draw with the Squirrels of Benin Republic coupled with Ghana’s Black Star’s 2-0 win over Guinea Bissau yesterday, means that the Indomitable Lions will play Nigeria’s Super Eagles in the second round of the 2019 Africa Cup of Nations in Egypt.

The mouth-watering clash to take place in Alexandria Saturday July 6, was confirmed after Cameroon finished second in Group F behind Ghana who finished top of the group.

Nigeria ended up in second place behind Madagascar in Group B which means they gave up the opportunity to play one of the best third placed teams.

Nigeria and Cameroon are age long rivals in on the continent, with the Indomitable Lions usually coming out tops, especially when the stakes are high.

Cameroon won three of the five AFCON titles after beating Nigeria in the final match. In 1984, the Lions triumphed 3-1, in 1988 it was 1-0 and in 2000, which was hosted in Nigeria, the Indomitable Lions broke Nigerian hearts after prevailing on penalties.

On the last occasion these African giants crossed paths, the Eagles trounced the freshly-crowned African champions 5-1 on aggregate over the course of a few days, with a 4-0 at home victory in Uyo followed by a 1-1 draw in the Lions’ den in Yaounde.

Despite being two of the biggest teams on the continent, both teams have had inconsistent campaigns so far.

Nigeria started with two 1-0 victories over Burundi and Guinea before succumbing to a shock 2-0 defeat to debutants Madagascar.

Cameroon on the other hand started brightly with an impressive 2-0 victory against Guinea Bissau, before following up with two 0-0 draws against Ghana and Benin.

By coming second in their respective groups, Nigeria and Cameroon will have to take the tough route if they are to add to their combined haul of eight AFCON titles, with hosts and seven-time champions Egypt a probable opponent of this tie in the quarter-finals.