The Nigerian Airspace Management Agency (NAMA) yesterday listed measures already taken by the federal government to improve communication in the Nigerian airspace, assuring pilots and other industry stakeholders that the rainy season would not pose any unusual challenge.

Since the onset of the raining season there have been flight delays and sometimes cancellations due to unfavourable weather conditions.

But the Managing Director of NAMA, Captain Fola Akinkuotu, said the airspace is safe, adding that in the last three years tremendous efforts had been made to reposition navigation infrastructure in Nigeria’s airspace.

This, he said, has led to execution of so many projects by the federal government, including the installation of Category 3 Instrument Landing System (ILS) at the Lagos and Abuja airports in addition to the one already installed at the Kaduna airport about two years ago.

He said the agency is working tirelessly to upgrade radio communication to cover the whole airspace so that no matter which part of the country the aircraft is flying, it would be able to have ground- to-air and air-to-air radio communication.

Akinkuotu gave the explanation while receiving the Chief Operating Officer of the newly established Ibom Air, Mr. George Uriesi, who led a delegation to the agency’s headquarters in Lagos.

He reiterated that the agency had taken drastic steps to tackle communication challenges especially in the upper airspace in the past couple of years, saying that significant progress was being made in that direction.

Akinkuotu said this has seen to the upgrading of communication infrastructure in phases.

According to him, radio communication in the ground control, covering 65 nautical miles at the 32 air traffic control units in Nigerian airports is perfect, adding that this was done under phase one of the project.

He added that the second phase which is the tower control, also covering 65 nautical miles and critical for landing and take-off, is perfectly working in all the 32 airports in the country.

The third phase, which he referred to as “approach communication,” covering up to 130 nautical miles is working perfectly in all the 32 air traffic control units in the country.

Akinkuotu admitted that although the last phase, which is the Area Control or Upper Airspace Communication may have a few challenges, he attributed these to the creation of new routes.

Concerted efforts, he said were being made to address these challenges, one of which was the deployment of the Total VHF Coverage of Nigeria in 2010 which he said was limited by the architecture of eight VHF remote radio stations deployed then.

He adding that the agency had just taken delivery of Extended Range VHF radio systems to replace old the radios in eight remote sites while six more are to be added, making them 14 in number.

“There is also the deployment of 54 VSAT nodes, inside the Aeronautical Information Services Automation project. This project has lingered through all the regimes in NAMA but we are currently making efforts to see to the final takeoff of the automation project which we believe would boost our communication system,” Akinkuotu said.

The NAMA boss said that in line with the International Civil Aviation Organization (ICAO) Aviation System Block Upgrade (ASBU), which stipulates that Air Navigation Service Providers (ANSPs) provide alternative means of communication, the agency in 2015 deployed the Automatic Dependent Surveillance-Contract/Controller Pilot Data Link Communication (ADS-C/CPDLC) in Kano and Lagos Area Control Centres (ACCs) to decongest radio frequency, saying that the facility was up and running in the entire airspace.

“The high-powered very high frequency (VHF) Jotron radios installed at Lagos and Kano were recently commissioned by the former Minister of State, Aviation, Senator Hadi Sirika, who tested them with a British Airways pilot and the pilot replied him with 5/5, meaning “excellent” and this facility is available and serviceable.

“We are awaiting when the 2019 budget becomes operational, to extend the range of the Jotron radios and when this is implemented on full terrestrial base systems, we would have the maximum range required to cover the entire airspace and beyond.” Akinkuotu also pledged the cooperation of the agency towards making Ibom Air a strong brand.

“We want Ibom Air to succeed because if you succeed, NAMA succeeds and it is through your success that we can pay our bills,” he said. 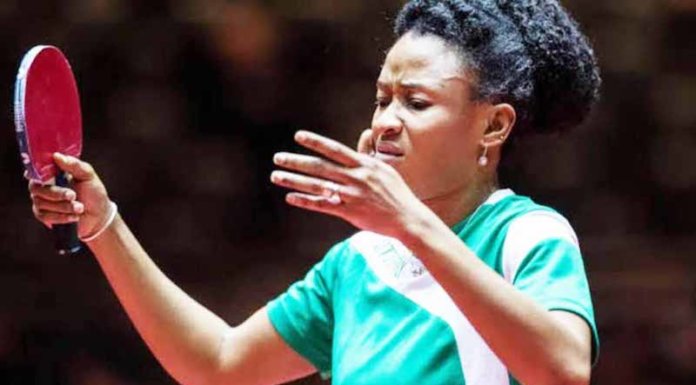