Finally, a Federal High Court in Lagos yesterday ordered the permanent forfeiture of the sums of N9.2 billion and $8.4 million recovered from a former First Lady, Mrs. Patience Jonathan.

The presiding judge of the court, Justice Mojisola Olatoregun, ordered that the funds should be forfeited to the federal government.

The judgment followed an application by the Economic and Financial Crimes Commission (EFCC), which said the funds were proceeds of crime.

Though Mrs. Jonathan, through her lawyers, Chief Ifedayo Adedipe (SAN) and Chief Mike Ozekhome (SAN), opposed the application and insisted that the funds were legitimately her own, the judge held that she had “no doubts, at all, that these monies are proceeds of unlawful activities.”

She said the respondents “failed to dispel the suspicion created by the movement of the monies within the meaning and contemplation of the Advance Fee Fraud and other related offences Act, coupled with the various extrajudicial statements of the Bureau De Change agents which were not controverted by the respondents.”

“In all of this, taking into consideration the overwhelming evidence provided by the applicant, the mode, the circumstances and the manner involved, using fictitious names, etcetera, to lodge monies in her name by named and unnamed individuals and BDCs, I cannot come to a conclusion by any sense of responsibility that these monies are proceeds of lawful activities within the meaning and contemplation of of the provisions of the Advance Fee Fraud and other related offences Act 2006; the Money Laundering Act 2004 and the Economic and Financial Crimes Commission Act 2004 and other laws enforceable under the EFCC Act 2004.”

Justice Olatoregun said the respondents “failed to show cause why the monies should not be permanently forfeited to the Federal Government of Nigeria.”

The EFCC said the respondents were not into “any legitimate income-yielding business venture” as to earn such amounts.

It alleged that the firms were incorporated for the purpose of warehousing proceeds of unlawful activities for Mrs. Jonathan.

“The depositors into these accounts are domestic staff of State House, Abuja, who were procured by the Dudafa Waripamo-Owei (Jonathan’s Special Assistant on Domestic and Household Matters) to deposit the funds sought to be forfeited in a bid to conceal the true origin of the funds,” the EFCC said in the application filed by its lawyer, Mr. Rotimi Oyedepo.

But opposing the application, Mrs. Jonathan’s lawyer, Adedipe, had contended that it was wrong for the EFCC to tag the money as proceeds of crime, when Mrs. Jonathan had not been charged with any crime and when nobody complained that their money was missing.

The SAN said, contrary to the claim by the EFCC, the funds were cash gifts which Mrs. Jonathan received when her husband was in office.

Adedipe said such gifts were normal, pointing out that even the wife of President Muhammadu Buhari, Aisha, was seeking to build a university.

The lawyer contended that Section 17 of the Advance Fee Fraud, which EFCC relied upon to seize Mrs. Jonathan’s funds, was only applicable to fraudsters.

“It is not the law that if the EFCC finds money in an account and it doesn’t like the owner’s face, it comes to court and says ‘forfeit it’.

“The government is at liberty to apply for forfeiture but the offence must be stated.

“The first respondent is a wife to a former deputy governor, governor, vice president, and president.

“Even the current occupier of the office of the First Lady wants to build a university.

“In this country, First Ladies enjoy a lot of goodwill. She (Mrs. Jonathan) stated that governors gave her money. Nobody wrote that she stole their money,” the SAN said.

Adedipe said there was no justification for the money to be forfeited to the federal government as the EFCC had not proved that Mrs. Jonathan stole money from the government or any individual.

“All that the EFCC said was that they saw money in her account and assumed it was stolen. They didn’t say from whom.

“You don’t pick on your political opponents. We urge Your Lordship to hold that the money is not proceeds of an unlawful act. It’s not a crime to be given money,” Adedipe said.

Also, Ozekhome, who appeared for La Wari Furniture and Baths, said the money found in his clients’ accounts was legitimate.

Ozekhome said La Wari Furniture was into the import and export of furniture and antique.

“It is settled law that suspicion, no matter how grave, can never amount to legal evidence to prove the guilt or culpability of anyone either in criminal or civil proceedings.

“They have not brought anybody to complain that money is missing. It is not a crime that La Wari Furniture and Baths had made money.

“The EFCC has not shown any predicate office committed by La Wari Furniture and Baths. They threw a wide net into the sea looking to catch any fish.

“We urge your Lordship to refuse this application,” Ozekhome prayed.

However, Justice Olatoregun, in her judgment, disagreed with the SAN and granted the application by the EFCC. 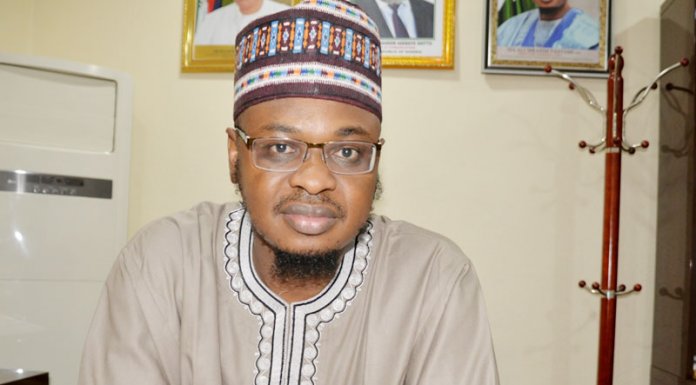