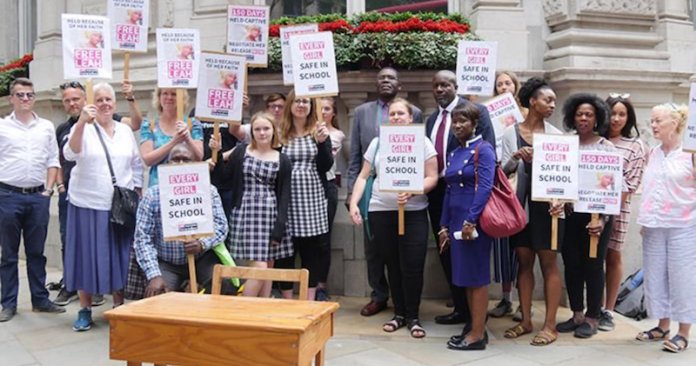 The United States Government during the week in Washington DC promised to assist Nigeria in the effort to rescue Leah Sharibu, the lone Christian girl held back by Boko Haram when it released 104 Dapchi schoolgirls it kidnapped on February 19, 2018.

According to the agency, during the meeting between the two vice presidents, Osinbajo explained how President Muhammadu Buhari worked to ensure the release of over 100 of the Chibok girls abducted on April 14, 2014.

Osinbajo was also said to have assuaged the minds of Pence of beliefs that the Nigerian Muslim President deliberately opted not to work for the release of Leah because she is a Christian.

It was further learnt that following Osinbajo’s submission, the US government offered to assist the Federal Government of Nigeria in securing the freedom of Leah and other abducted girls, while admonishing the Nigerian government, however, not to relent in the effort to secure the release of all abducted girls.

The agency which further reported that both vice presidents shared common attributes, added that the meeting between the duo was perfected by the US embassy in Abuja following the request of the Nigerian government for a meeting between Osinbajo and Pence, and the latter promptly obliged the request.

It was also reported that both vice presidents were known to be very fervent men of faith and aside sharing some of their Christian faith values in the meeting, both men also took time to pray together after the meeting in the office of Pence.

Furthermore, it was gathered that Pence showed his Nigerian guest a Bible opened right in front of his desk, and then asked Osinbajo to pray at the end of the meeting, and consequently, Osinbajo prayed for the prosperity of both the US and Nigeria.

The report added that after both vice-presidents ended the meeting, Pence saw Osinbajo off to his car and in an unusual manner, waited till the latter’s car was driven off.

A US official was quoted to have stated that the “friendship that seems to have been established between both vice presidents will bring a new added impetus to US-Nigerian relationships as they both have developed a deep sense of mutual trust.”