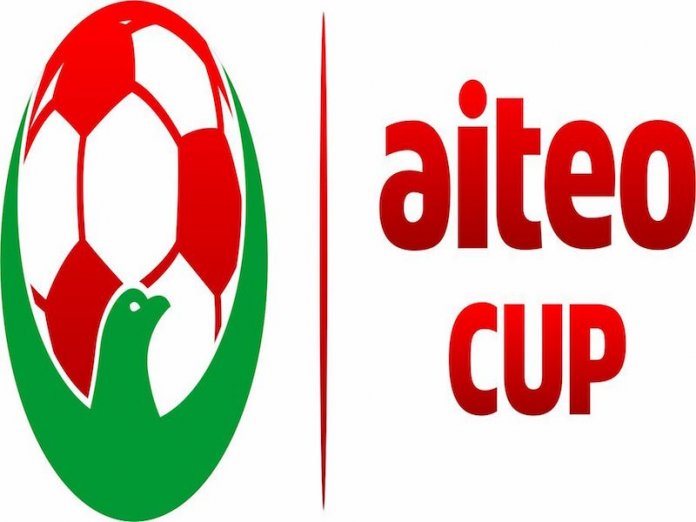 The ongoing 2019 AITEO Cup lived up to expectation Wednesday as several top Nigeria Professional Football League teams crashed out of the competition.

The beauty of minnows ending the campaigns of topflight clubs continued with Calabar Rovers defeating Wikki 4-2 in penalty shoot out after regulation time deadlocked one all.

At the UNIBEN Sports Ground in Benin City, what was predicted to be an easy fixture Enyimba turned out a nightmare as the non-league team ended the run of the People’s Elephant from Aba.

Kareem handed Smart City the lead in the 17th minute before an own goal by Tunde Adejoku drew Enyimba level after the half hour.

But it took the hard fighting Lagos side only three minutes to retake the lead with a ferocious effort from John Mawe Gini.

Usman Abd’Allah sent on Bashir Abdulrahaman and Bright Emmanuel at the restart and the switches paid off twenty minutes later when Abdulrahaman picked Stanley Okorom’s long ball to blast past the keeper and restore parity for the second time in the explosive encounter.

The underdogs, however, claimed a historic winner with 15 minutes left when Abduljabar Umar tapped in a loose ball after a free kick from the right.

Thereafter, coach Lukman Oshun’s side defended obstinately to produce one of the biggest upsets in Nigeria’s Cup Competition.

In Enugu, Rivers United FC handed out a 3-0 spanking to Akwa United to romp into the Last 16 stage.

The Pride of Rivers State started in barn storming fashion and could have scored in the opening 60 seconds when Martins got on the end of a teasing Peter Ubakanma delivery off a corner only for Etboy Akpan to clear his goal bound header off the line.

Akwa responded in the seventh minute with the Rivers United goalkeeper, Abiodun Akande forced into making a smart save to deny Dennis Nya who struck with purpose from the edge of the box.

Rivers United scored with their next goal attempt with Adedipe’s effort off an Ubakanma delivery from a free kick, crossing the line despite the best attempts by the Akwa defence to prevent the ball from hitting the back of the net.

Akwa predictably pushed forward in an attempt to get back on level terms and hurl themselves back into the contest.

They almost got the equalizer on 19 minutes when Olisema shot but saw his effort saved, again by Akande.

Spaces were now opening up for Rivers United as the Akwa United players charged up field in numbers in search of the equalizer.

They almost got caught out in the 23rd minute following an electrifying Rivers United counter attack which ended with Bakary Bamba heading agonizingly wide from eight yards after he was set up brilliantly by the impressive Onyedikachi.

Moments later, Ubakanma fired an indirect free kick inches wide as the Port Harcourt side began to tighten the screw.

Seven minutes before the break, Akwa had and missed their best chance of the half when an unmarked Ocheme Edoh placed a header from six yards wide when it seemed easier to score.

The Uyo club, buoyed by that action, made one last push in an attempt to get back on level terms before the game got to the half way stage.

Temple Emekayi needlessly gave away a free kick at the edge of the Rivers United penalty area on the stroke of half time and set piece expert, Ndifreke Effiong stepped forward to take.

He struck it brilliantly and the ball seemed destined to nestle in the bottom corner but Akande produced an extraordinary save to push the ball away for a corner.

It was basically the last kick of a first half that ebbed and flowed but even more drama was to unfold in the second half which Akwa threatened to take by the scruff of the neck.

The Akwa United Head Coach, Abasiakan Windy refused to speak to the media after the game but striker, Edoh was more forthcoming.

To be determined today