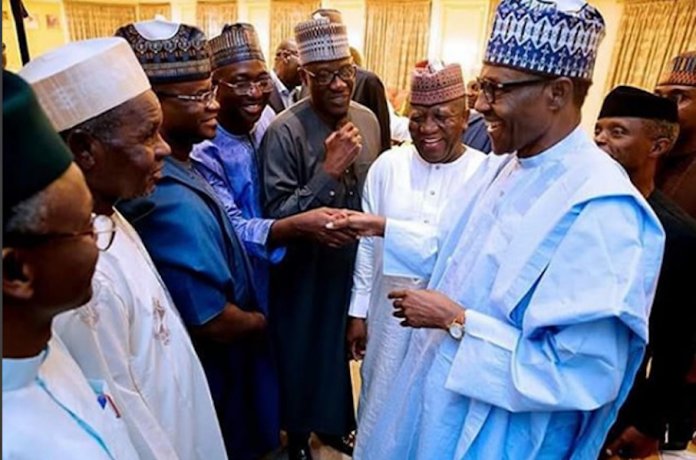 The meeting was also attended by the Secretary to the Government of the Federation, Boss Mustapha, and the Chief of Staff, Abba Kyari.