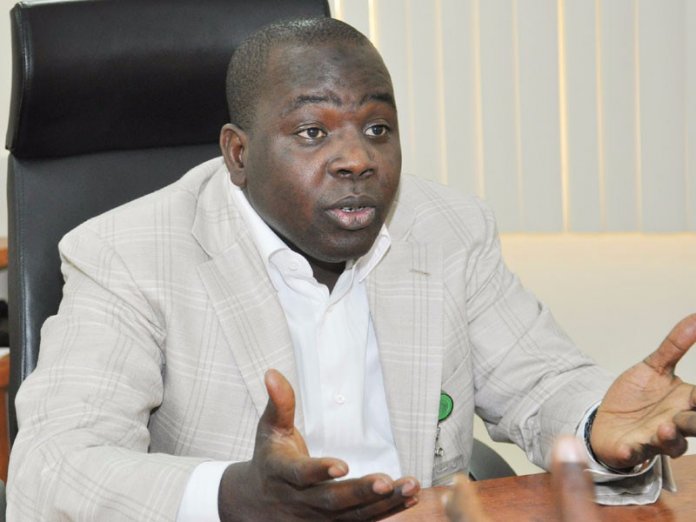 Dan’Barde in all facet of life, one can find exceptional individuals who have distinguished themselves from the ordinary and have strived to pursue success and greatness wherever they find themselves.

In today’s seemingly ruptured society where people are living in despondency and despair, one of the hardest things to get, are people who have longstanding experience in their field of human endeavors to summit themselves in service to their communities. It’s like one leaving his comfort zone to a vulnerable social order. This could be the highest point of sacrifice anyone can render to his people whom he’s very passionate about.

A bonafide son of Gombe State, Muhammed Jibrin (Dan Barde) is a renowned businessman who cut his teeth in the complex Nigerian banking sector and rose to the Managing Director of the Sun Trust Bank. He certainly was not keen about joining politics. Being a successful man with higher responsibility and working in the most cosmopolitan environment, he may decide not to have left that corridor to the most vulnerable and murky scene. Of course, politics is one of the stormiest and turbid adventures but one beautiful thing about the political enterprise is that, it gives people political power by putting their possible best to do more in the development of their states.

Therefore, the reason behind Barde’s decision to join politics and contest the gubernatorial ticket of the All Progressive Party (APC) in 2019 general election isn’t far-fetched. It was driven out of passion and commitment to surrender himself to his people, to use his expert skills and knowledge from his vast experience in moving the state forward.

As generally expected, since elections have been conducted, successful leaders have emerged at different positions, implying that, politics is over until another season. But to some, including my humble self, politics is just like a football where there’s post-season and pre-season, as footballers play at both the seasons, politicians are equally playing politics on a lighter scale with a featherweight approach after election. That could not be bad in any way as it will rather make the system working effectively for the benefit of the larger society.

Apparently, if one isn’t doing enough as expected by the electorates after he must have won, he must therefore bear in mind that, the better ones are brewing to come and take over and even with that, one can never be a governor for life, a time will come when he will not be eligible to re-contest election and to avoid clumsy people from occupying the position of power, there must be a need to x-ray the credentials and track records of the prospective contenders.

Regrettably, we cannot rewind or undo what has transpired before the 2019 general elections to have people like Dan Barde. Instead, it isn’t an aberration to call on him to get ready in earnest to forestall similar occurrence in the 2023, those who have bombsighting where the state is heading to as I usually do, should know what am talking about. To do that, people like Muhammad Jibrin must be encouraged not to deter from their genuine course of moving Gombe to an enviable height. In fact, he who knows the peculiar needs of the people will give a desired leader who has the sense of policy direction akin to liberation compared to those that only took over to shot in the dark.

He earned a Bachelor’s degree in Economics from the University of Abuja. Taking a sharp glimpse of his versatile and unmatchable experience in banking and management sector, one can deduce that, we cannot afford to miss the opportunity of having him as our next governor again. Jibrin was at Union Bank of Nigeria and Citigroup N.

A and Barclays Bank in four countries across Africa and Europe. And prior to joining SunTrust, he was an Executive Director on the Board of Aso Savings and Loans Plc., and a former Group Head responsible for growing Bond Bank’s (now Skye Bank Plc.) business in Abuja and the northern region.

He has served on various boards, and was at a time, the National Deputy President of the Mortgage Bankers Association of Nigeria; a Director of Premium Pensions Limited; Director, Federal Housing Authority Technical Board and a Member of the Presidential Committee on Affordable Housing. He was also, the Chairman, Board of Directors of the Gombe Jewel Microfinance Bank Limited.

What a great and accomplished man! This was someone who came with a blueprint and experience to move the state forward; in all the sectors of the economy, from education to health, from infrastructure to agriculture and it goes like that, he has designed the way forward.

I envy his vision which reads, “My vision is to unify everyone in the state under a common purpose. My team and I would transform the various elements of the system, whether it is infrastructure, environment, power, economy or others. It is also our target to create millions of jobs for our youths and women.” He was quoted as saying, “I have reached the pinnacle of my career as a banker, and it is time I give back to the society, and the only way I can do that is to take the position of leadership. I have a clear vision of empowering the youths, women and impact the lives of our people positively.

“I want to demonstrate that governance can be done with a high corporate responsibility. After he lost at the primary elections and supported his party at the state level, he was immediately appointed as the Deputy Director, field operations of the All Progressives Congress (APC) Presidential Campaign Council. In spite of the role he played, while others are shuttling the corridors of power lobbying for appointment, Barde have been moving the world making great things.

This is a rare gem! I never met him personally, but let me echo it out, someone close to him should tell him that we need him in no distance time. It’s beyond politics or party; it’s about the future of Gombe State.