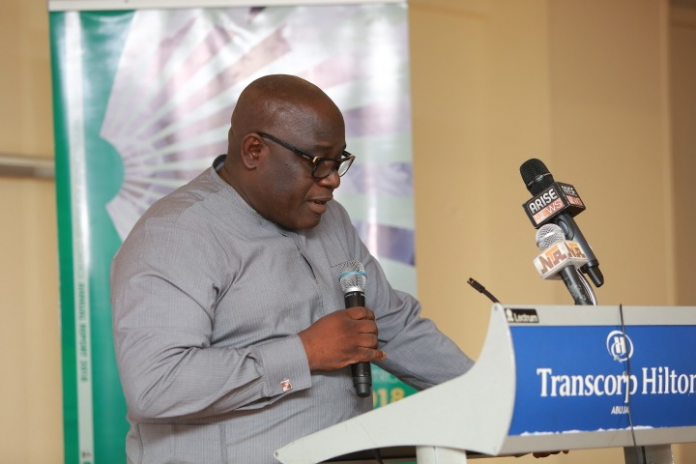 The Nigeria Centre for Disease Control (NCDC) has stated that following a preliminary risk assessment it conducted, the overall risk of importation of Ebola Virus Disease to Nigeria from the Democratic Republic of the Congo and Uganda is low.

In a statement issued yesterday by NCDC’s Director, Prevention and Programmes’ Coordination, Dr. Joshua Obasanya, the agency said it was monitoring the Ebola Virus Disease (EVD) outbreak in the Democratic Republic of Congo and recent cases in Uganda.

According to the statement, the Nigeria Ebola Preparedness team, coordinated by the NCDC, has conducted a preliminary risk assessment following the recent confirmation of EVD in Kasese District of Uganda.

“On June 11, 2019, the Ugandan Ministry of Health confirmed an outbreak of EVD in Kasese District, at the border with the Democratic Republic of the Congo. The index case was a five-year old boy who fell ill after a visit to Mabalako Health Zone in Democratic Republic of the Congo to attend the burial of his grand-father, a confirmed EVD case, who died in the community on June 1, 2019. As at June 12, 2019, the Uganda Virus Research Institute (UVRI) had confirmed three cases of EVD and one death recorded. A total of eight contacts have been identified and are being closely monitored. As at June 14, 2019, ring vaccination for high risk contacts and frontline healthcare workers is currently ongoing. The district taskforce on EVD, a national Emergency Operations Centre (EOC), WHO Uganda Country Office and Partners are supporting the response in the country,” NCDC explained.

“Outbreaks of EVD are known to bear risk of international spread hence the rationale for continual evaluation of Nigeria’s potential risk amidst regional trade and flight route within the region,” the report added.

NCDC added that “based on available data, the overall risk of importation of EVD to Nigeria remains low”.

“This is also in line with WHO’s risk assessment for Nigeria. There are no direct commercial flights and no known direct trade routes to Nigeria from Uganda. The current transmission pathway of the disease in Uganda is through unmanned land borders and further away from the capitals of both Uganda and Nigeria,” the statement said.

“However, the Nigeria Ebola Preparedness Team has put in place several measures to ensure adequate preparedness. Our national Emergency Operations Centre (EOC), situated at the Incident Coordination Centre (ICC) in NCDC Abuja, is functional and currently in Alert Mode for EVD. Our team of national first responders is on standby and ready for deployment within 24 hours when the need arises. Public Health EOCs (PHEOCs) in States where major points of entry are located (Lagos, Kano, Abuja and Port Harcourt) are also on standby. We have improved point-of-entry screenings in major airports; the Port Health Services unit of the Federal Ministry of Health is on alert and has heightened screening measures at entry points at our ports,” the agency explained.

“In addition to the above, designated treatment centres and isolation facilities have been identified. Nigeria currently has in-country capacity for the diagnosis of EVD within NCDC’s National Reference Laboratories. Our risk communications technical working group has developed an All Infectious Diseases Risk Communication Plan, and coordinates with a network of media houses and Health Educators in all States for prompt information dissemination. There are currently ongoing Infection Prevention Control (IPC) programs nationwide, including the development of new guidelines, as well as training packages for health care workers to mitigate transmission,” NCDC explained.

It is caused by an infection with one of five known Ebola virus species, four of which can cause disease in humans.

The virus can be transmitted via direct contact with bodily fluids of a person who is sick with or has died from EVD.

The virus can enter the body stream through broken skin or mucous membranes in the eyes, nose, or mouth and can also be spread through contact with objects contaminated by infected persons as well as direct contact with the blood, body fluids and tissues of infected fruit bats or primates.