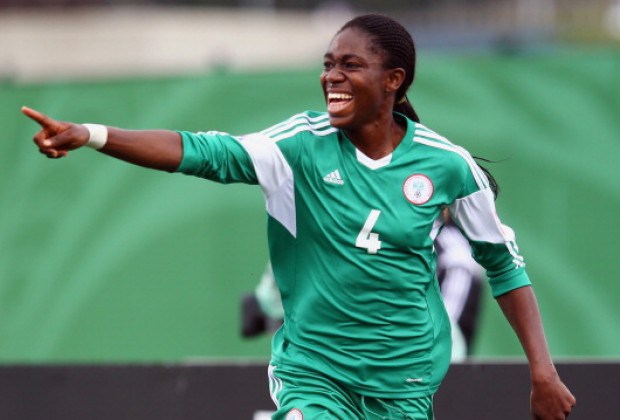 Nigeria started off with a loss in their opening match against Norway.

Pinnick, who watched from the stands, came into the team’s dressing room after the match to commend and encourage them despite the loss.

Speaking to thenff.com, Oshoala said Pinnick’s words urging them to do better in the second game fired up the playing body.

“Yeah, that was a really good one for us because when he came in after the first game, he told us we could do better in the second game against Korea Republic. It really helped us mentally because he made us understand we played a good game and we were just unlucky to have lost the match by three goals to Norway,” said Oshoala, who scored the second goal to seal the victory against the Koreans. “The message of the NFF President left enough mental energy that will carry the team into the game against France on Monday and beyond.”

She added: “What he told us that day is really helping the team mentally and now we are going into the next game against France knowing that he has confidence in us and we are not going to let him, and the whole of Nigeria, down”.