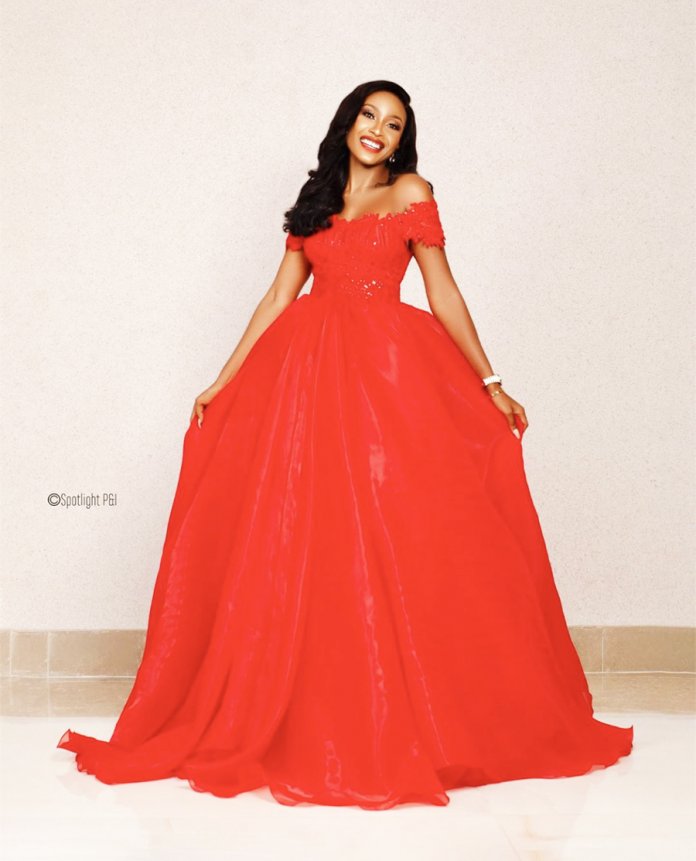 It was all glitz and glamour last Sunday when Nollywood’s beautiful and admirable actress, Ronke Tiamiyu released her first major production, Shadow Hunters. The movie featured big names such as Kenneth Okoli, Uche Ogbodo, Amaka Okere, Longinus Anakwute, among others.

The story started with her playing the lead role and kicking off trails of events from her remote village. She faces the onslaught of her step mother and step brother who at different times made her life miserable. Despite her father being there for her, it couldn’t stop all the ills meted on her. She found solace in her best friend, played by Uche Ogbodo, and later found her way to Lagos and started living the big life.

Ronke found her way, leaving the ills of her family and moved on to marry Kenneth Okoli, and so many episodes followed after.

At the Sunday première, several personalities were in attendance, including Nina and Bam Bam from last year’s big brother, Pretty Mike, Laoye Oyatogun, and many more.