The battle for the soul of June 12 is not over, but Nigeria is gradually coming to terms with the realities of its sordid past, writes Solomon Elusoji

That June 12, 1993, looms large in any discussion of Nigeria’s democratic history isn’t accidental. It was the first – and, arguably, only – moment when every part of the country removed its religious and ethnic garb, walked out naked and embraced one another without shame. It offered a stunning glimpse of a truly united Nigeria, a notion that is now propped up by, among other factors, the cold grip of the constitution and the cementing quality of time.

Moshood Abiola, on that day, won what has been described as the freest and fairest election in the history of Nigeria. He was a muslim. His running mate, Baba Gana Kingibe, was a muslim too. But none of that mattered. They were, reportedly, leading the polls with majority votes in 19 states, compared to the opposition’s 11. But, before the official results were announced, the then military Head of State, Ibrahim Babangida annulled the election and called for a redo. What followed was chaos.

The chaos led to the enthronement of Sani Abacha, another military dictator, as Head of State on November 17, 1993. Abiola was also thrown into gaol. Civil rights groups like the Civil Liberties Organisation (CLO) and the National Democratic Coalition (NADECO) rose to the fore, agitating for the end of tyranny. But Abacha was steadfast in his authoritarian stance, that June 12 and its proponents were unpatriotic and, consequently, a threat to national security.

As it turned out, after Abacha died in 1998, Abiola soon followed, under mysterious circumstances. General Abdusalami Abubakar, who took over, pledged to return the country to democratic rule the next year. He did. On May 29, 1999, former military ruler, Olusegun Obasanjo, was sworn in as the first civilian President of the fourth republic.

The choice of May 29 as the ‘day of return’ was controversial. The Abubakar-led military government, reportedly, said it didn’t want to stay beyond one year in office, after taking over in June 1998. It wasn’t a convincing reason. Civil rights groups, including NADECO, protested, arguing for June 12.

“We kicked against that date of May 29, 1999, as Democracy Day,” one of the leaders who were in consultation with the military at the time, Chief Ayo Adebanjo, said. “For us, the argument was simple and straight enough. If there had been no June 12 Presidential Election of 1993, there would have been no new arrangement whereby the military would be seeking a hand-over date.  We also made it clear to them that the May 29 date has no significance in the history of Nigeria in any way”.

Although May 29 stuck, the ghosts of June 12 refused to die with Abiola. Editorials were written. Opinion pages screamed for its ultimate recognition. Meanwhile, in the South-west, states declared it as a public holiday, but it still did not have national validation. In 2013, as Governor of Ondo state, Olusegun Mimiko, called for the federal government to nationalise June 12.

Inaction by Past Presidents

During his eight years as President, Olusegun Obasanjo didn’t broach the topic. In 2008, one lawmaker even accused Obasanjo of unleashing “repressive agencies against the civil class seeking restoration of democratic values” in “finding solutions to June 12.”

The next President Umaru Musa Yar’Adua battled ill health for most of his tenure. His successor, Goodluck Jonathan acknowledged the day as “unique” and one that “changed the political history of this country,” but he was never convinced of its historic goodness for the country. Mr Kola Abiola, the oldest son of the man at the centre of June 12, said he made three attempts to get President Jonathan to, at least, recognise his father as a past President. “We couldn’t get it to happen,” Mr Abiola said.

What President Jonathan did, to honour Abiola and, perhaps, the memory of June 12 was to rename the University of Lagos as Moshood Abiola University (MAULAG) on May 29, 2012. But the move backfired and the renaming was rolled back after a wave of public protests.

A ‘Daniel’ in Judgement

However, on June 6, 2018, President Muhammadu Buhari did the previously unthinkable when he announced that June 12 would now officially be Nigeria’s Democracy Day, cancelling May 29. He also recognised Abiola as the winner of the annulled 1993 election, while decorating him with Grand Commander of the Federal Republic (GCFR), Nigeria’s highest national honour.

Although some described the move as a grand ploy by Buhari to woo the South-west for the 2019 elections, about a year after the announcement, on May 16, 2019, the National Assembly passed the Public Holiday Act Amendment Bill to recognise June 12 as the new Democracy Day. Last monday, weeks after Buhari won the 2019 elections, the Presidency said he has signed the bill into law, eventually confirming June 12 as the key moment when true democracy was birthed in Nigeria.

“May 29 will only be handover date and working day. By the Act amended and signed by Mr. President, May 29 is no more a public holiday. June 12 is now a public holiday and the country’s Democracy Day,” the Senior Special Assistant on National Assembly Matters (Senate), Senator Ita Enang, told State House correspondents.

It is a threshold moment for Nigerian history, but civil rights groups are not totally satisfied, yet. While describing the legal amendments as “a reward for tenacity” for the believers in June 12, National Publicity Secretary of the Yoruba socio-cultural organisation, Afenifere, Mr. Yinka Odumakin, said “it is not a complete task yet until Abiola is recognised posthumously as Nigeria’s former president with all the privileges attached.”

In response, a founding member of the APC and former Governor of Ogun State, Chief Segun Osoba, has noted that a formal recognition, complete with ceremonies and speeches, is not necessary. “We don’t need that anymore, having given him GCFR, which is only conferred on presidents; it is automatically a recognition, otherwise, it would be an exercise in futility,” he said.

“Abiola is gone. Are we going to swear him in or who are we going to hang the symbol of office to? The acceptance and awarding the GCFR to him is a recognition that he passed through and was a president of this nation.”

Clearly, the battle for the soul of June 12 is not over, but Nigeria is gradually coming to terms with the realities of its sordid past. 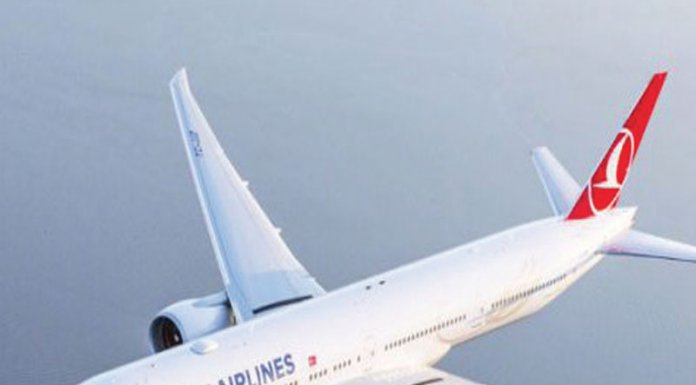