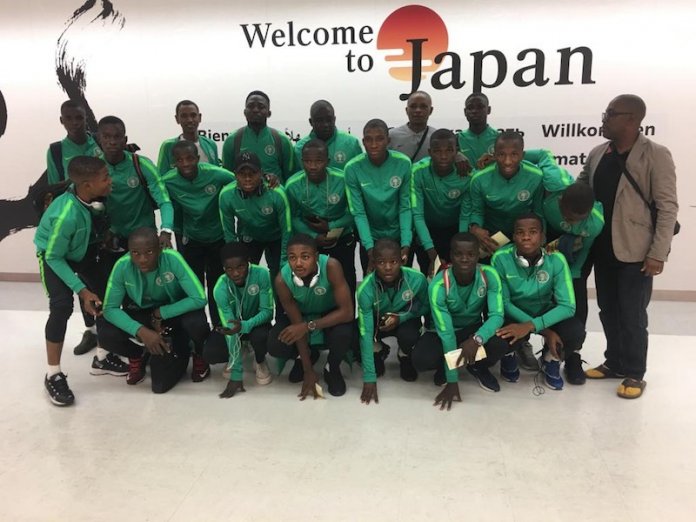 Nigeria’s U15 boys, known as Future Eagles, will take on the U16 National Team of Mexico on Wednesday in the opening match of the International Dream Cup tournament taking place in the city of Miyagi, Japan.

The Nigerian contingent arrived in Sendai (where the team is staying at the Sendai Hills Hotel) on Monday evening, and the team had its first training session on Tuesday evening.

Matches will hold at the Yurtec Stadium in the nearby city of Miyagi. The Future Eagles will clash with host nation Japan on Friday 14th June before rounding off their experience with a match against Romania on 16th June at the same venue.

Team Administrator, Adewale Adeyinka told thenff.com that the players are excited and looking forward to their first international match. “They are also aware that they are flying the flag of Nigeria and it is not just a friendly match. They will take the game to their opponents and give their all in each of the three matches.”